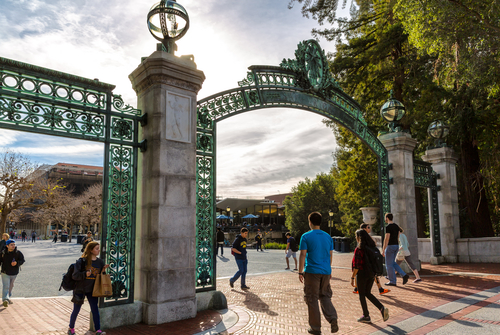 Oh, boy. Add another higher education figure to the ever–growing list of gross people who abuse their power dynamic to sexually harass students and employees. As of a few days ago, Sujit Choudhry was the dean of the UC Berkeley School of Law. However, after his executive assistant Tyann Sorrell filed a sexual harassment lawsuit, he was demoted and had his pay docked. That’s it.

Choudhry admitted to engaging in the vast majority of inappropriate behavior presented in the lawsuit. Things like “hugging, kissing, messaging or caressing Sorrell at least multiple times per week,” or “squeezing her arm as he passed by her desk.” Sorrell wasn’t the only employee he admitted to sexually harassing, either, according to an earlier Jezebel report.

As far as punitive action, Choudhry was demoted to professor, and had his pay docked 10%. What this boils down to is that this known, admitted serial harasser will still be in a position of power over students. He’ll still be on the larger end of a power dynamic that he obviously does not understand or respect. Why this, instead of outright termination? Claude Steele, Executive Vice Chancellor and Provost of the university, explained to Sorrell that there won’t be any further action taken against Choudhry because “it would ruin the Dean’s career.”

There’s a lot to be said for reform and education, for sure. We want people to do better, that’s part of being human. In fact, I’m hoping Choudhry learns something from this whole thing–like maybe don’t touch other people who aren’t asking to be touched. But placing him in another position of power over students is simply misguided. Moreover, it’s irresponsible, especially when you know what he’s capable of.

The safety of those students should not be a test for what Choudhry may or may not learn about sexual harassment.

I’m going to repeat myself from the multiple previous posts regarding sexual harassment in higher education, but I guess it bears repeating: stop sexually harassing the people working under you. Taking advantage of such a skewed power dynamic is just sickening. Understand the position you’re in and respect the people who work for you.

Folks, higher education has a very serious, very frightening problem with sexual harassment. The sad thing is that given UC Berkeley’s response, this problem won’t be ending any time soon.

(via Jezebel, image via Shutterstock/cdrin)