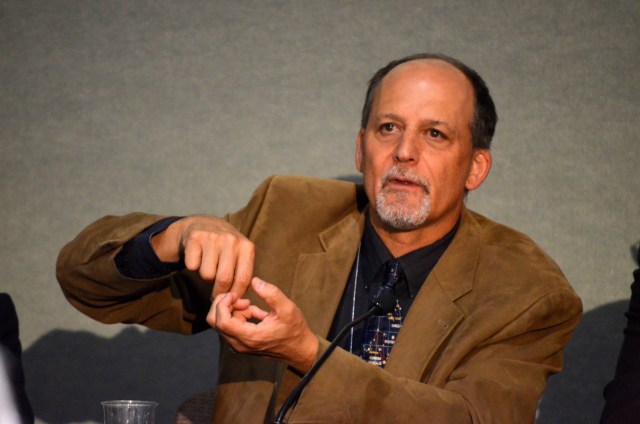 A UC Berkeley astronomy professor is currently facing allegations of sexual harassment from his former students. Over the course of nine years (2001-2010), Dr. Geoff Marcy is said to have harassed four women with inappropriate groping, kissing, and massaging. Shudder.

The specifics around the allegations came to light after a six-month investigation on behalf of the four women, all of whom no longer attend Berkeley. Most, if not all of them, have dropped out of astronomy completely, citing Marcy’s behavior as well as all of the gross things that female astronomers have to put up with.

What makes this case such a big deal is the fact that Marcy is one of the most highly-respected astronomers in the world. His work is incredibly well-known, and if he weren’t an alleged creep, he might have been considered a great teacher or role model. In fact, his name has been tossed around as a possible Nobel Laureate, so go ahead and chew on that one for a while.

But this case is especially disgusting in that, if the allegations prove true, it’s another story of someone in a position of power–who possesses incredible influence–exploiting said position to do creepy things. For a lot of people on the receiving end of sexual harassment, a common question that comes to mind is, “Is anybody going to believe me if I accuse them of this?” The position in which these women found themselves was undoubtedly one that left them feeling completely powerless.

Marcy has responded to each of the women’s allegations, either calling them outright falsehoods or even saying, “It’s plausible.” It’s plausible?! Okay, dude. He continued to explain, saying, “It would have been a friendly touch if I did it at all. But I would never do it again.” Oh, gross.

The professor has since been uninvited from an exoplanet conference, and has stepped down from its planning committee.

In a statement posted to his faculty page, Marcy said:

While I do not agree with each complaint that was made, it is clear that my behavior was unwelcomed by some women. I take full responsibility and hold myself completely accountable for my actions and the impact they had. For that and to the women affected, I sincerely apologize.

It is difficult to express how painful it is for me to realize that I was a source of distress for any of my women colleagues, however unintentional.

According to that same statement, it’s been three months–three months–since the investigation was concluded. Berkeley has yet to respond with any official action. There hasn’t even been a slap on the wrist. It’s clear the eyes of the academic community are on Berkeley to see how they handle this situation. Whatever they decide to do, it’s not going to win back those women–or anyone else who was scared off of astronomy as a pursuit.

Check out the full BuzzFeed article for more information, including accounts of the incidents from the women themselves.