Can't believe he still has a job. 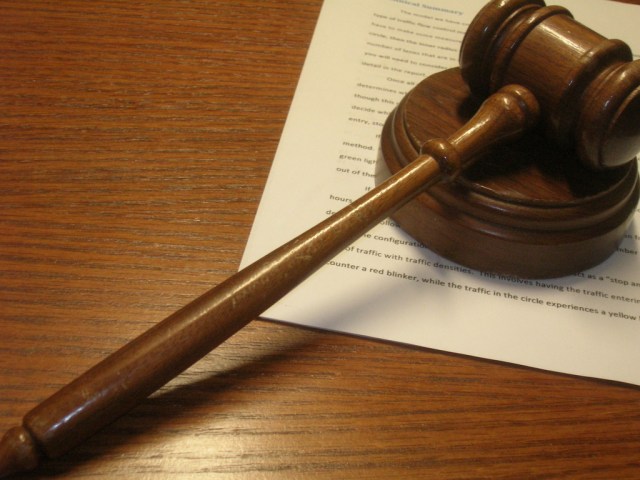 Seemingly following the footsteps of disgraced astronomer Geoff Marcy, Caltech astrophysics professor Christian Ott has been found guilty of violating the university’s harassment policies. The case cites his inappropriate behavior and repeated harassment of two female graduate students working under his guidance. The case is indeed a messy one, as it involves two students, one of whom was an unknowing target for Ott’s affections. The other student was compelled into a position of support for Ott’s obsession, placing undue emotional and physical burden on her.

Right up front: Ott isn’t fired. He still has a job. This is wrong. You know this, I know this. He’ll be returning to school despite the fact that the statement from Caltech says that “there was unambiguous gender-based harassment of both graduate students by the faculty member.”

The university handed down sanctions on Ott that amount to what essentially feels like a slap on the wrist. According to BuzzFeed’s Azeen Ghorayshi, who broke the news, Ott has been placed on nine months of unpaid leave, during which he can’t be on campus, his communications with other postdoc fellows will be monitored, and aside from a single student, he is not allowed to communicate with any students whatsoever. Additionally, he’ll have to pass a “rehabilitative training course” before returning.

But he’ll be returning, which says volumes to the kind of value academia places on the experiences of women.

Over the course of their working relationship, Ott grew strong feelings for graduate student Io Kleiser. Apparently the feelings were too strong for Ott, who fired her almost a year later. When Kleiser asked why, Ott pointed to an e-mail that she didn’t respond to, and said he “couldn’t emotionally deal with” her. According to Kleiser, she was made to feel like she failed, that the fault and blame lay at her own feet, not his.

Friends, this is called gaslighting. It’s a form of emotional abuse wherein the abuser–in this case, Ott–twists facts and information around to favor himself in order to make their target feel like whatever happened was their fault. It’s something that happens all the time in tech and academia, and it’s a huge contributing factor in why women don’t feel welcome in these industries or institutions.

The worst part of it is that the effects of gaslighting are absolutely devastating and remain insidious even beyond the point of realization. Worse, the thought patterns and stress it creates contribute to impostor syndrome, wherein someone feels like they don’t belong where they are–which is exactly what Kleiser was going through when she was made to feel like she failed.

After Kleiser was let go, Ott took to unloading his feelings on another one of his graduate students, Sarah Gossan. He’d stay up late and speak with her about Kleiser on chat or Skype–often while drunk. He revealed to Gossan that he essentially “poisoned the well” against Kleiser, saying that Kleiser used her gender and “sexual influence over him to not do any work,” prompting her release. Gossan, who was put off by the conversations from the beginning, found herself as a new target of Ott’s obsession, just in a very different way.

Eventually, Ott found a way to force Gossan into feeling worthless academically. She said, “When I said I couldn’t work 80 hours a week, he said I would never make it in academia. I came to Caltech to do science. He slowly but surely made me feel worthless.”

Gossan filed a complaint with the school, who eventually brought her and Kleiser together on the case. Many more students came forward to speak about Ott’s abusive behavior, speaking about how he created a hostile environment where it was almost impossible to get any work done.

Here’s the thing about all of this, and I repeat myself: Ott still has a job. Despite being found absolutely guilty of violating harassment policies and inflicting abuse on multiple students under his guidance, he’ll be allowed to return to campus on July 1st, undoubtedly to be given more students.

I’m all for rehabilitation and second chances, but it’s clear that Ott was unstable. Someone who can’t handle maintaining the barrier between professional and personal relationships with students working under them shouldn’t be allowed to have students. Simple as that. The dynamics of power between professor and student are already imbalanced. Imagine how much harder it gets when the party with greater power takes advantage of that–though I guess you don’t really have to imagine, given that this case is exactly what happens when someone does that.

Stretching this out a little further, cases like these are why one might find it difficult to find women in STEM. When the institutions that are supposed to pass on working knowledge of STEM are fundamentally broken like this, you really shouldn’t be surprised when women don’t “go for it.” Ott’s slap on the wrist (and admittedly now-tarnished reputation) are indicative of an environment that is just not interested in the experiences of the women who live and work within it.

Caltech can do better, can’t it? It must do better.