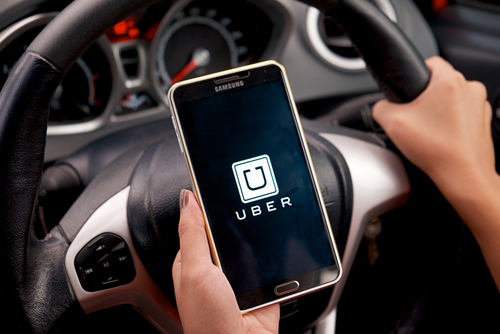 Uber is making headlines again thanks to a renewed interest in their infamous company culture. Of course, by company culture, I mean how they seem to continue to be the poster child for the tech industry’s rampant sexual harassment and discrimination issues.

During a meeting with Uber CEO Travis Kalanick, female employees at the embattled transportation company told Kalanick that there is a very real systemic problem present in their workplace. According to an account of the meeting provided to BuzzFeed, one engineer said, “I think that we should kind of address the elephant in the room … which is that everyone who’s in these rooms now … believes that there is a systemic problem here. We wouldn’t be here if we didn’t. I do not think that we need [Eric Holder’s] help in admitting to ourselves as a company that we have a systemic problem.”

It should be noted that former Attorney General Eric Holder was brought on board at Uber to address the issues running rampant at the company, a move that was carried out in response to former Uber engineer Susan Fowler’s essay detailing the various discriminatory practices she experienced in her time at the company.

Since then, the company has reportedly lost over 100 employees since the aforementioned all hands meeting where these issues were supposedly addressed. It’s probably safe to say that whatever went on in there didn’t instill any confidence that things would get better for women at the company. Of course, consider for a moment what Kalanick allegedly said (again, according to the report sent to BuzzFeed):

There are people in this room who have experienced things that are incredibly unjust. I want to root out the injustice. I want to get at the people who are making this place a bad place. And you have my commitment. I understand that this is bigger than the Susan situation and I want you to know that I’m all about rooting this out and being very aggressive about that, while also being supportive and empathetic and trying to build that support and empathy throughout the organization… It’s a little bit emotional for me and I’m sorry. I’m sure its emotional for some of you too.

What’s especially striking about this are the last two sentences: “It’s a little bit emotional for me and I’m sorry. I’m sure its emotional for some of you too.” Well… yeah, it is kind of emotional, because you’ve got a huge chunk of your employees in the room who have said that there’s a very real systemic problem that sets them up as victims of discrimination and harassment. Honestly, putting your emotions ahead of those who are trying to show you the problems (and likely have been for quite some time now) exemplifies the very issues at hand.

#DeleteUber and other campaigns to get people to delete their Uber accounts and the app from their phones are ongoing, and as of the beginning of February, over 200,000 accounts have apparently been deleted from the system.