Matthew Butterick is very devoted to his job as a typographer, where he concerns himself with the design of fonts and finding just the right look for words. Apparently, Mr. Butterick is so very devoted to his job as he was unable to fully immerse himself in The Incredibles director Brad Bird’s latest film Mission: Impossible — Ghost Protocol due to a critical choice of fonts. It seems that during the film, the font Verdana made a few appearances which Butterick saw as a huge mistake. Obviously, he had to bring this to the director’s attention. 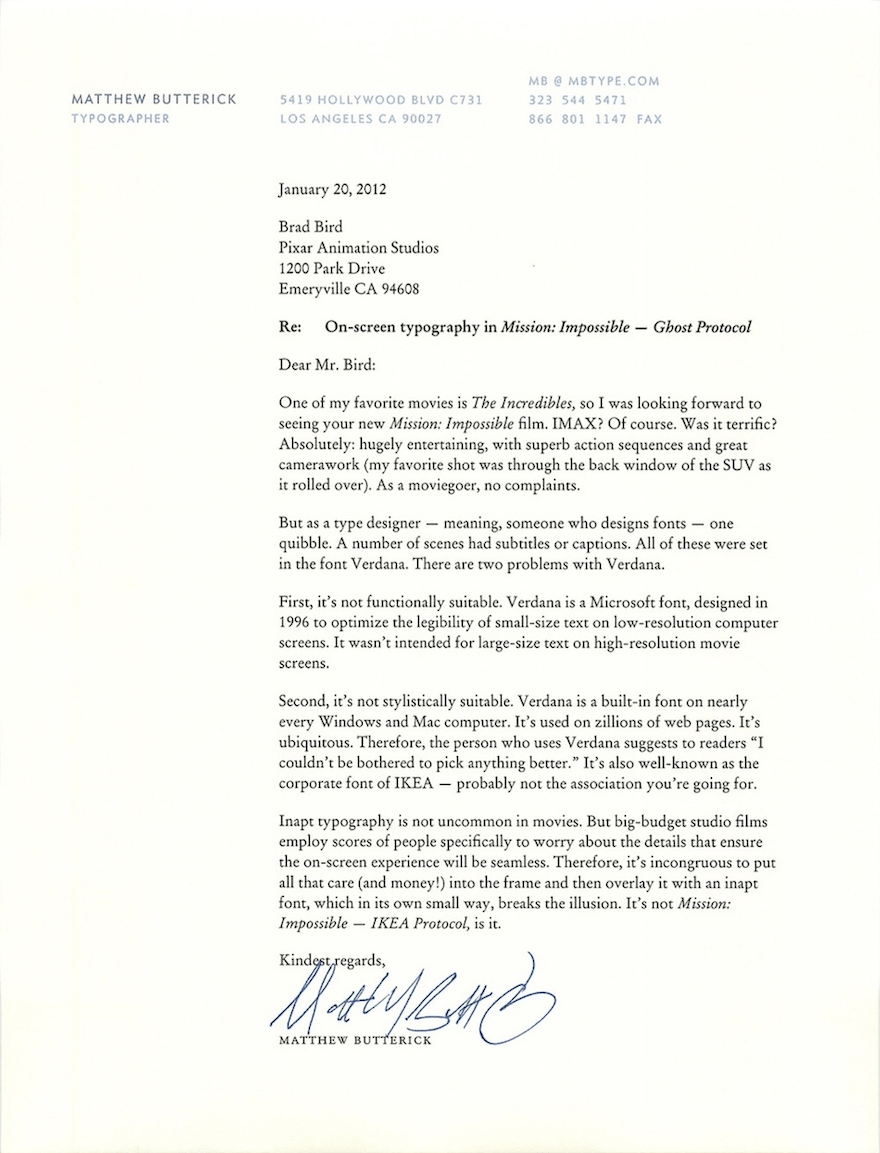