Despite their (entirely deserved) hero status, astronauts are just everyday people like you and me. They put their space suits on one leg at a time, and have to fill out U.S. Customs and Immigration forms when returning from the moon. In what is perhaps the best application of bureaucracy to date, Neil Armstrong, Buzz Aldrin, and Michael Collins declared all their moon rocks and moon dust when they arrived in Hawaii after splashing down in the Pacific Ocean. It was a joke, though the astronauts did spend three weeks in isolation after their return over fears they might have brought lunar germs back with them.

However, Reddit tells us that this wouldn’t be the only tongue-in-cheek moment for the space program. After the dramatic events during the Apollo 13 mission, Rockwell received an invoice from Northrop Grumman. It seems that since the Grumman-made lunar module was responsible for bringing the crippled, Rockwell-built command module back to Earth, it was only fair that Rockwell pay for the tow. Great moments in American history, folks.

Read on below, for a closer look at the Apollo 11 immigration form. 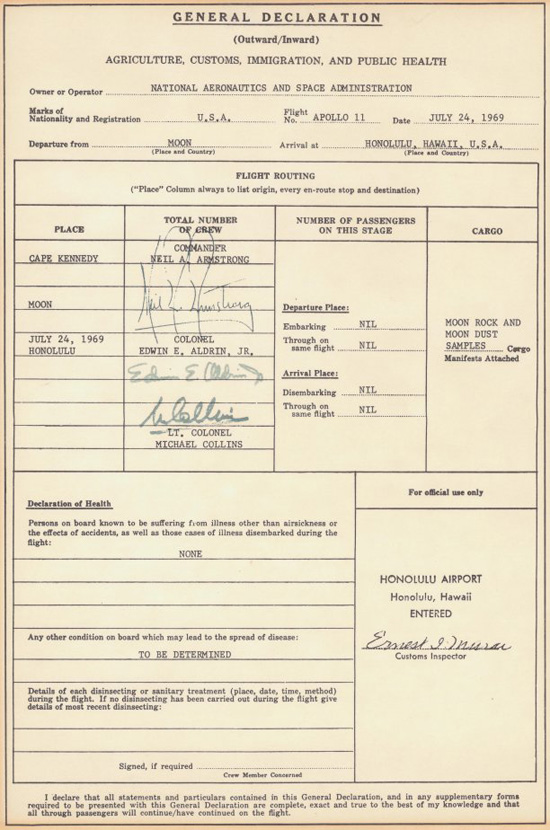