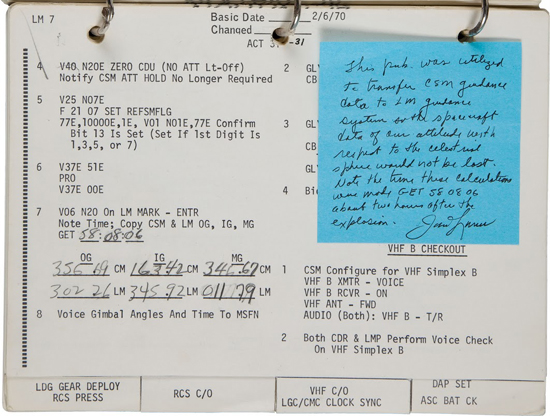 The events surrounding the ill-fated Apollo 13 mission are fairly well known: While en-route to the moon, an explosion crippled the command module leading to a tense 4-day journey back to Earth. While the world watched, mission commander James Lovell was frantically scribbling on this Lunar Module Systems Activation Checklist Book just two hours after the explosion. It was sold this week at auction to an anonymous collector by Heritage Auctions to the tune of $388,375. Of course, to Lovell and the rest of his crew, this slim book was surely priceless.

With life support failing in the command module crippled, it was decided that the crew should shelter inside the lunar lander. This book was the series of operations to not only bring the lander online, but transfer the invaluable location information from the command module computers. Without the data, the astronauts would have been flying blind.

Lovell’s own words describe the significance of the document on the attached blue note. From World of Mysteries:

This pub[lication] was utilized to transfer CSM guidance data to LM guidance system so the spacecraft data of our attitude with respect to the celestial sphere would not be lost. Note the time these calculations were made GET 58 08 06 about two hours after the explosion. James Lovell. 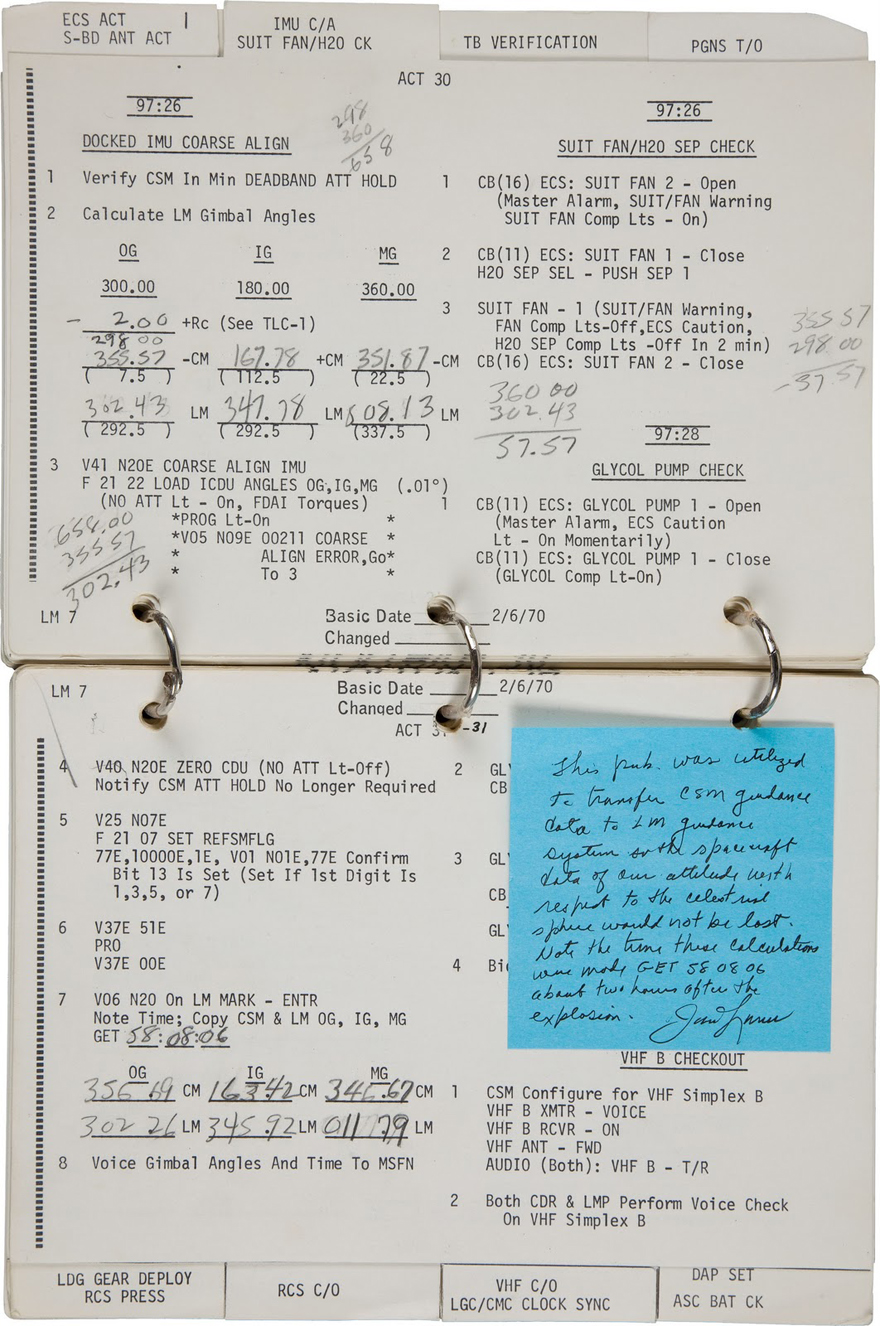 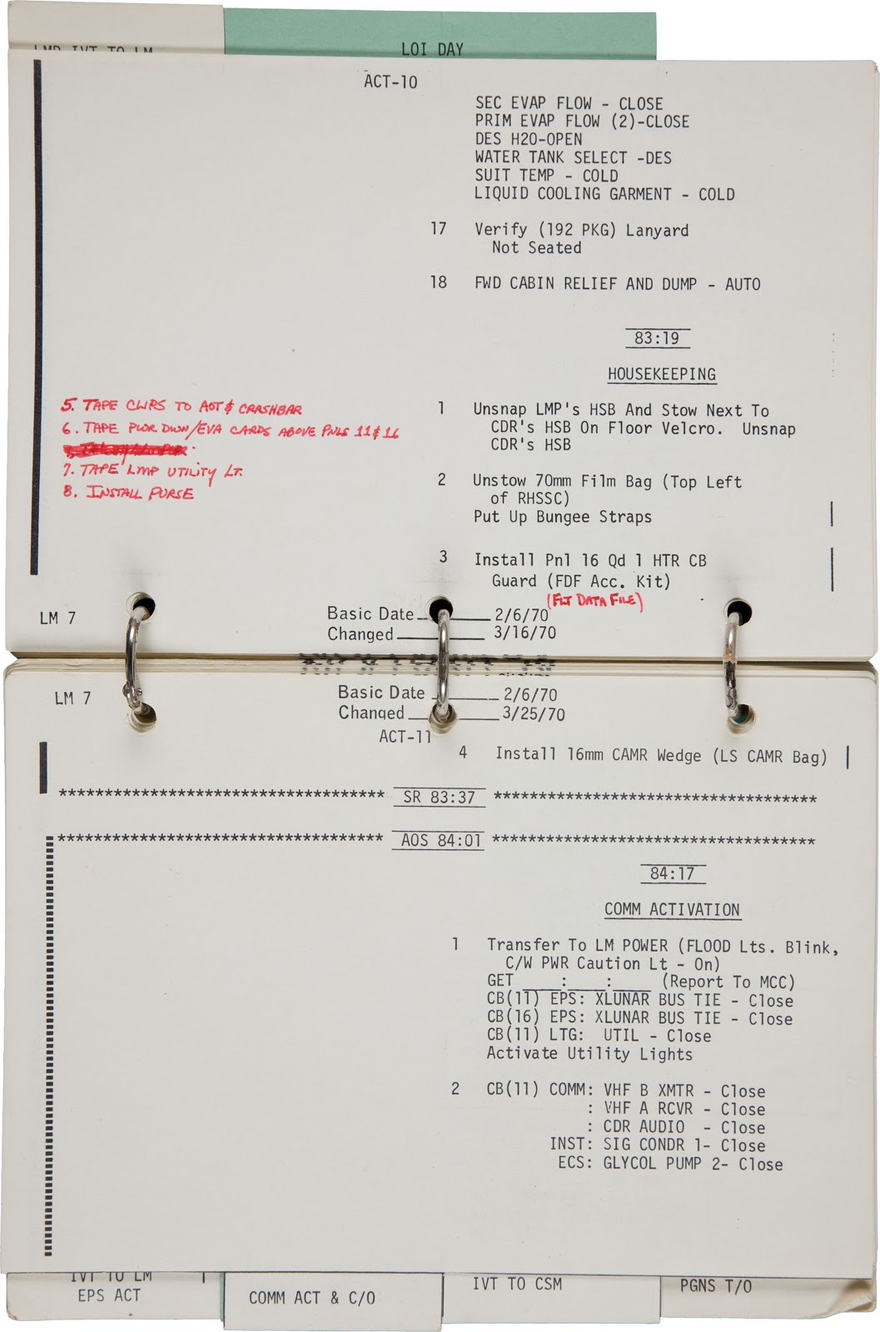 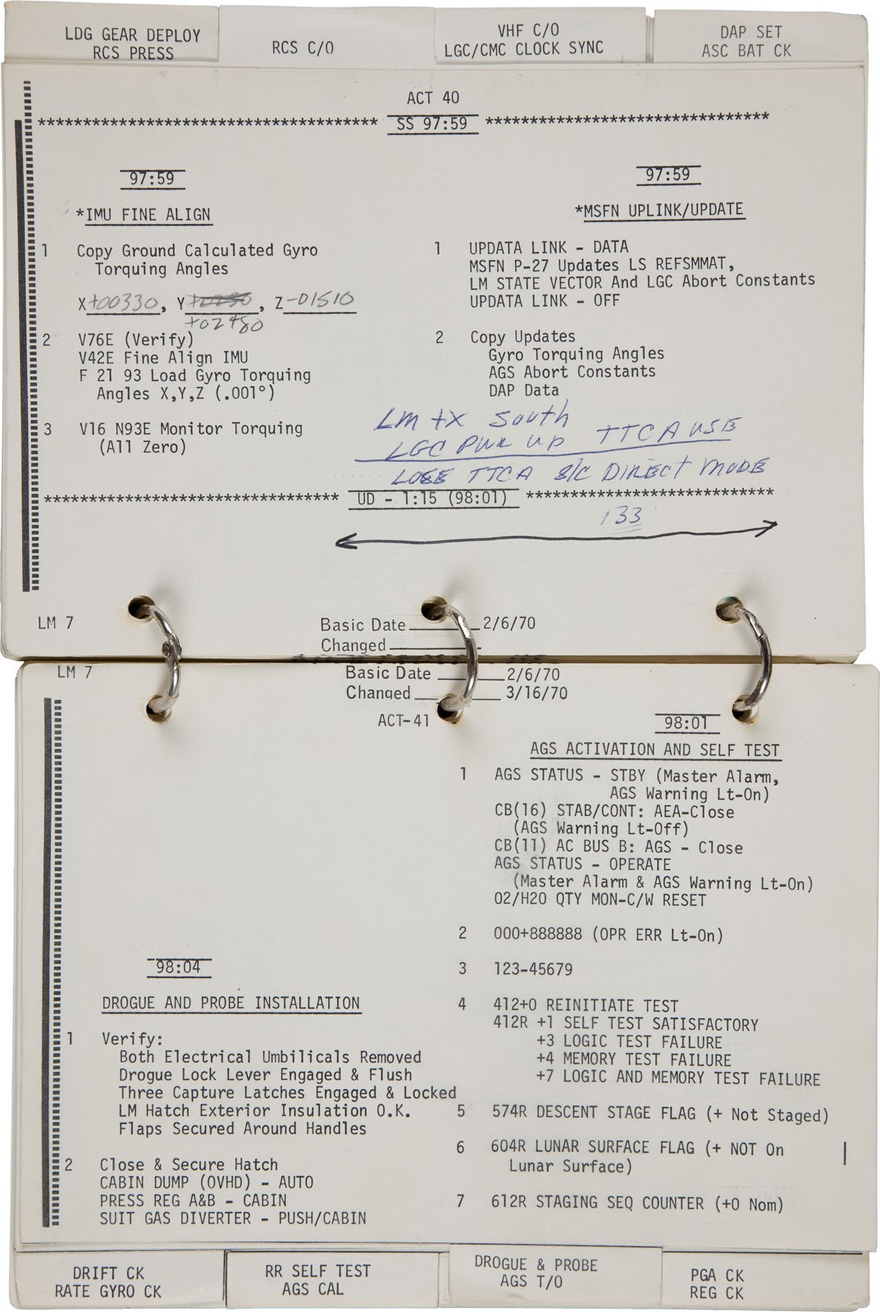 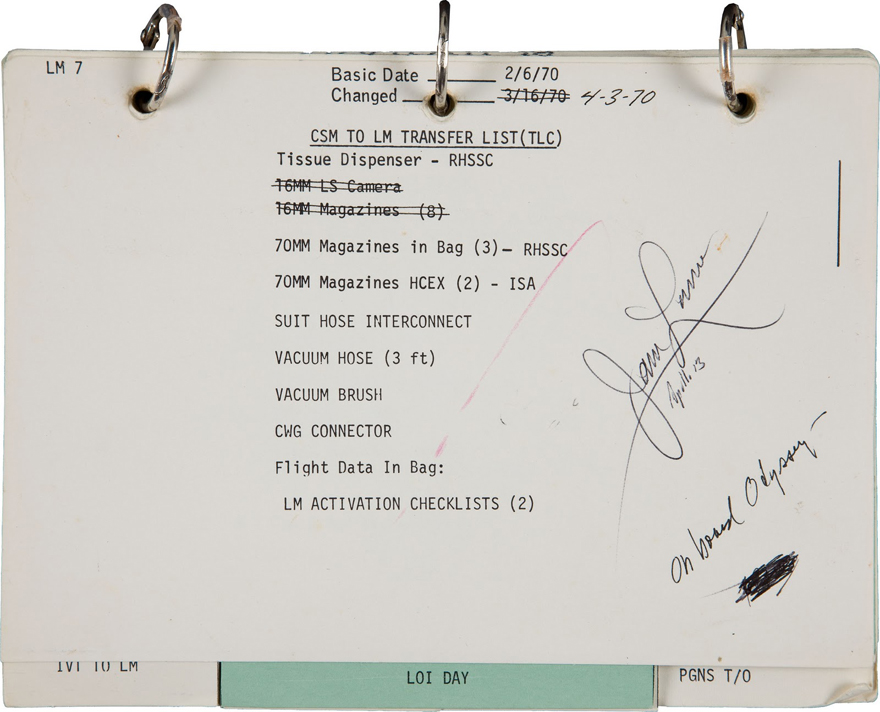