Sigh. After being arrested in March 2012 for a guerilla performance in Moscow’s main cathedral, in which the band said a “punk prayer” to the Virgin Mary to protect Russia from President Vladimir Putin, the punk band’s members–Maria Alyokhina, 24, Nadezhda Tolokonnikova, 22, and Yekaterina Samutsevich, 29–have been convicted of “hooliganism motivated by religious hatred” and sentenced to two years in prison. (The Hollywood Reporter)

You can learn more about how to get involved here.

This is a mug that combines the faces of Donald Duck and Darth Maul. Because that happened for some reason. We kind of want to drink hot cocoa out of it (That’s Nerdalicious):

Dark Horse made some Game of Thrones statues, and first up is badass Tyrion Lannister (Topless Robot): 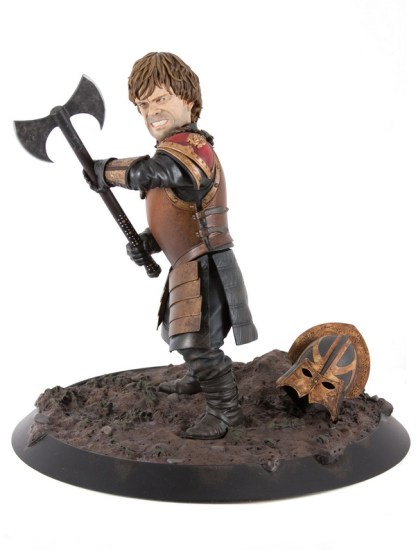