Things We Saw Today: Chris Hemsworth Makes All the Ovaries on the Internet Explode With Pic of Littlest Thor 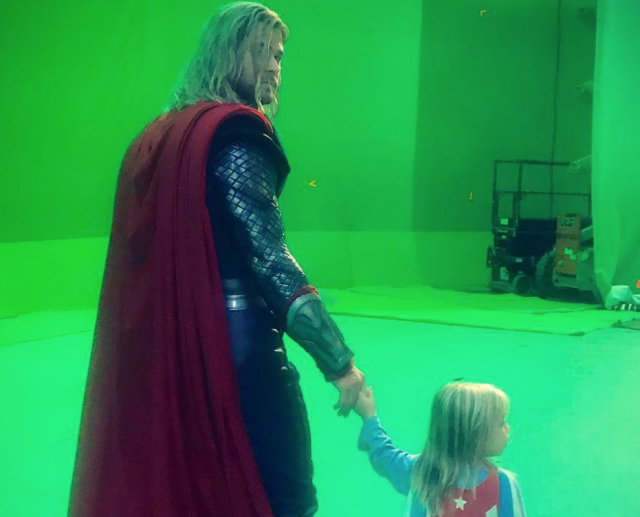 Submitted for your approval: Chris Hemsworth as Adult Thor, and his son as Widdle Baby Thor on the set. Try to keep a hold of your ovaries, people.

In other fun Internet things:

What have you seen out there? Oh wait. You shouldn’t be commenting here. You should be out VOTING right now!