Crowdsourced gameplay is the future that Lord Helix hath wrought. 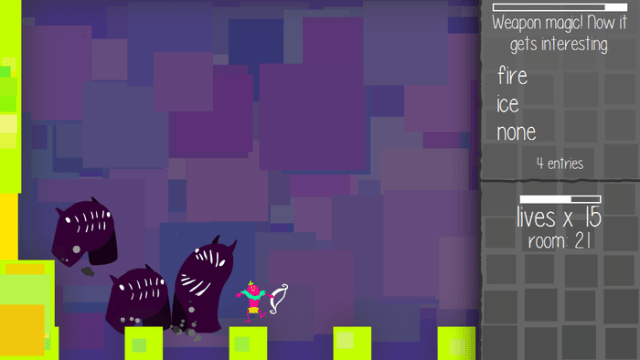 People had a lot of fun playing Twitch Plays Pokémon, and it generated a lot of talk about whether Twitch was a viable gaming platform on top of being a hugely successful streaming service. Well, it looks like Twitch has decided that it is certainly a gaming platform, and the company is helping to fund a crowd-generated game.

The game is Choice Chamber by Studio Bean, and its goal is to allow spectators to have nearly full control over the game-world that the player experiences. Instead of just playing the voices inside a deranged Pokémon trainer’s head, viewers instead control the character’s fate by typing commands into the chat to summon monsters, allies, and weapons. It’s the player’s job to field whatever gets thrown at them and traverse an endless series of procedurally generated dungeons.

Their funding goal is $30,000, and with just 4 days to go, they’ve still got over $12,000 to go to complete the project. That’s where Twitch comes in. According to Polygon, a Twitch representative has stated that the company will pitch in half of the game’s remaining goal today. It’s a bold move for Twitch, but with the recent success of “Twitch Plays” content and the nature of game streaming as a social interaction, it’s easy to see how Twitch’s users might enjoy directly shaping each other’s game experiences.

Whether or not they reach the goal, the team behind Studio Bean is confident that they’ll be able to complete, the game, but more money will mean more content. Allowing one person to actually play the game while others shape the world leads to a whole lot less walking in circles like an insane person, accidentally jumping off ledges, and characters named “AAAAAAAA” than Twitch Plays Pokémon, and you can see the teamwork and democracy-mode-inspired gameplay pretty well in the campaign video:

(via Polygon, image via Choice Chamber)