David Lynch: Third Season of Twin Peaks May Be Cancelled | The Mary Sue

Get the Bookhouse Boys on this, yesterday! 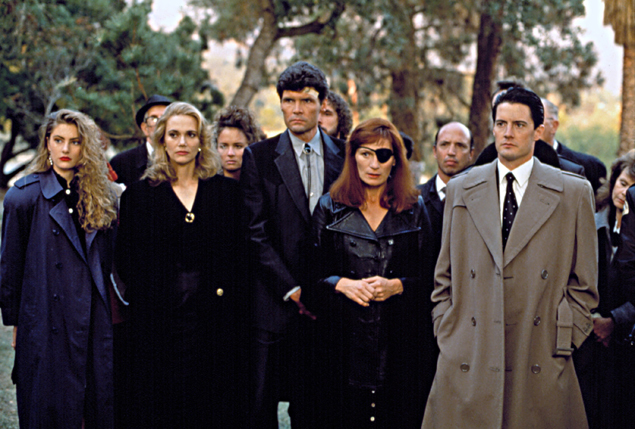 I knew I should have stayed home today! Despite the announcement last October that David Lynch and writer Mark Frost would be returning to Twin Peaks for a Season 3 on Showtime, the director admitted during an appearance over the weekend that “there are complications” which may prevent the resurrection of the cult series

When asked by ABC Australia News how he felt about returning to the show after a 25-year absence, Lynch replied “I haven’t returned yet. And we’re still working on the contract. But I love the world of Twin Peaks and I love those characters. And I think it will be very special to go back into that world.”

Welcome to Twin Peaks says “a trusted source” has revealed that scripts for all nine episodes have been completed, but “contract negotiations aren’t going as expected.”

Obviously news of the third season’s death may be greatly exaggerated, but considering how definitive Twin Peaks‘ return seemed just several months ago (with stars like Kyle MacLachlan and Dana Ashbrook already announcing their return to the project), Lynch’s uncertainty is definitely disconcerting. Then again, he is the grand poo-bah of red herrings.

If nothing else, there’s always Netflix.