Instead of a Twilight Reboot, How About A Twilight TV Show? | The Mary Sue

Instead of a Twilight Reboot, How About A Twilight TV Show? 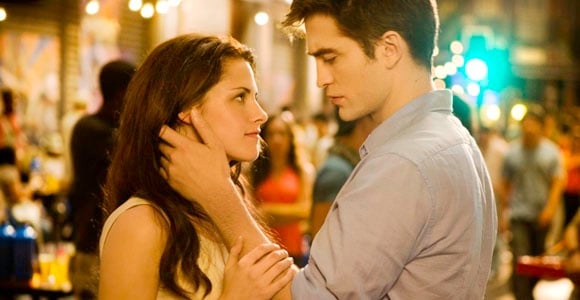 We just assumed a Twilight reboot was inevitable. Most likely starting production the minute The Twilight Saga: Breaking Dawn Part 2 hit theaters. But did any of us think they’d create a television spin-off to continue the franchise? Well, that might be exactly what happens.

It was back in June we heard rumblings of a possible reboot of the franchise. At that time, Lionsgate Co-Chairman Rob Friedman denied the rumors saying, “We are not remaking Twilight. We will happily support Stephenie Meyer if she decides to proceed in any way. But this will be the last one unless that should change.”

So what’s changed? Moviehole.net says they heard some new information. Here’s what they had to say:

When I was informed an hour or so back that “They’re already onto the [Breaking Dawn] follow-up”, I wasn’t surprised, but naturally intrigued.

Details are skim but apparently Bloody Disgusting’s earlier sources that some sort of ‘reboot’ of the series was in development, were on the money. My contact tells me that they’ve heard everything from a “TV show or film spin-off, merely set in the same world as the one in the movies but not featuring the main trio, is being seriously considered”

Which characters in the series are most likely to get the gig? The Wolf Pack, says Moviehole. I can hear the CW salivating now…

Of course this is all dependent on Meyer and if she allows such a thing to move forward at all but considering the money involved, it’s a safe bet something like this will happen eventually.