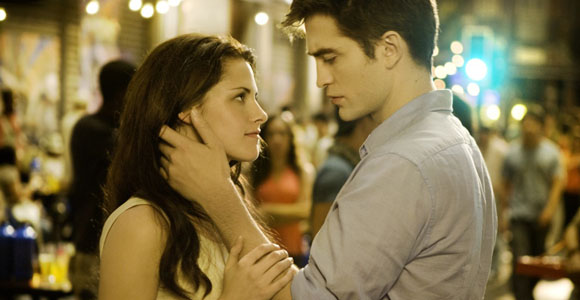 Already mourning the end of Twilight with the release date of Breaking Dawn Part 2 inching closer and closer? Don’t start brainstorming those fanfiction continuations just yet, there may be more films in store for this immortal franchise. Maybe.

Brad Miska of Bloody Disgusting suggests that Lionsgate will almost certainly look to either reboot the series entirely, “considering the initial saga is so poorly made,” or at least produce a couple of spin offs. Why? A desire to realize the full artistic potential of such an influential cultural phenomenon, duh. Just kidding, the reason is totally money.

Lionsgate acquired Summit Films, the series’ distributor, back in January to the tune of $412.5 million. Bloody Disgusting theorizes that given that the Twilight franchise has made over $2 billion over the course of four globally released films, and that “Lionsgate’s needs a fresh franchise to run alongside the Tyler Perry and Saw films that fueled them through the 00′s,” the film distributor will be looking for a bread and butter type of film series to keep the cash rolling in consistently.

Deadline checked into these claims with Lionsgate Co-Chairman Rob Friedman, who denied the rumors: “We are not remaking Twilight. We will happily support Stephanie Meyer if she decides to proceed in any way. But this will be the last one unless that should change.” Miska points out that this amounts to a pretty indefinite negation — the decision rests solely upon the series creator Stephanie Meyer, who has said in the past that she wouldn’t mind seeing a remake. Turns out he totally predicted their response, too: “They’ll deny it, right here, right now. We’ll get plenty of eggs in our face. Sites will burn us at the stake like a witch during the Salem trials. Still, the fact will remain: it’s true.”

What do you think? Will we be seeing more Twilight on the big screen? Do you think we’ll ever get to see an interaction between Renesmee and Jacob that isn’t totally creepy?