Twilight Overtakes The Muppets at the Box Office, Those Sparkly, Bloodsucking Jerks 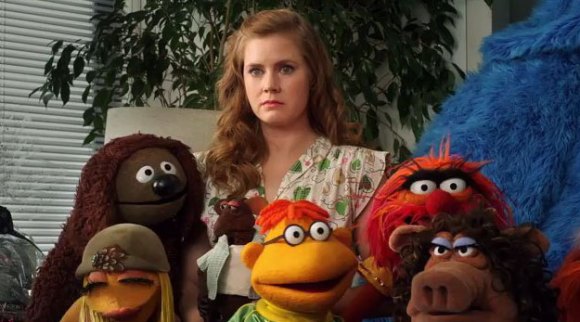 Ugh, gross. And yes, we are editorializing. The new Twilight movie Breaking Dawn: Part 1 — about the abstaining vampires and the dippy girls who love them — beat out The Muppets — about the lovable, iconic, family-friendly creatures — at the box office over the Thanksgiving weekend, topping the felt wonders by about $20 million. Sorry, but come on, America! Really? Really? And of course we’re biased. Of course we are. Because The Muppets isn’t giving people seizures. We’re just saying. But The Muppets still brought in a very decent amount of money, so we’re not complaining that much.

It’s not entirely surprising, what with the Beatles-like fan base that Twilight boasts. (I kind of can’t believe I just wrote that sentence, but let’s not be in denial about things.) But is it surprising that a very well-received family movie with such recognizable characters couldn’t beat out a tween-fueled vampire romance? In my opinion, a little bit. As I said, maybe I am a bit biased as a long-time fan of the Muppets (or just old). The world may never know. (Actually, I already know how biased I am.)

However, it was not as if this was a box office flop. And yes, the Twilight franchise could be characterized as a “behemoth.” The Muppets still brought in a very healthy — and promising — amount of money. Here are the numbers for the Thanksgiving weekend box office from The Wrap (that’s for Wednesday, Thursday, Friday, and Saturday nights):

The Muppets budget was $45 million, so this box office showing is nothing to sneeze at. Disney distribution chief Dave Hollis had predicted a number in the high 30s, so for some, this even exceeded expectations. And this very decent debut means that people really are still interested in the Muppets, so maybe there will be even more Muppets to come!

Okay, so … less annoyed now. But still, if you’re trying to decide on a movie this weekend, you should definitely pick the one that will not put you or your loved ones at risk of an epileptic seizure and also has Muppets in it.

Previously in The Muppets, Twilight