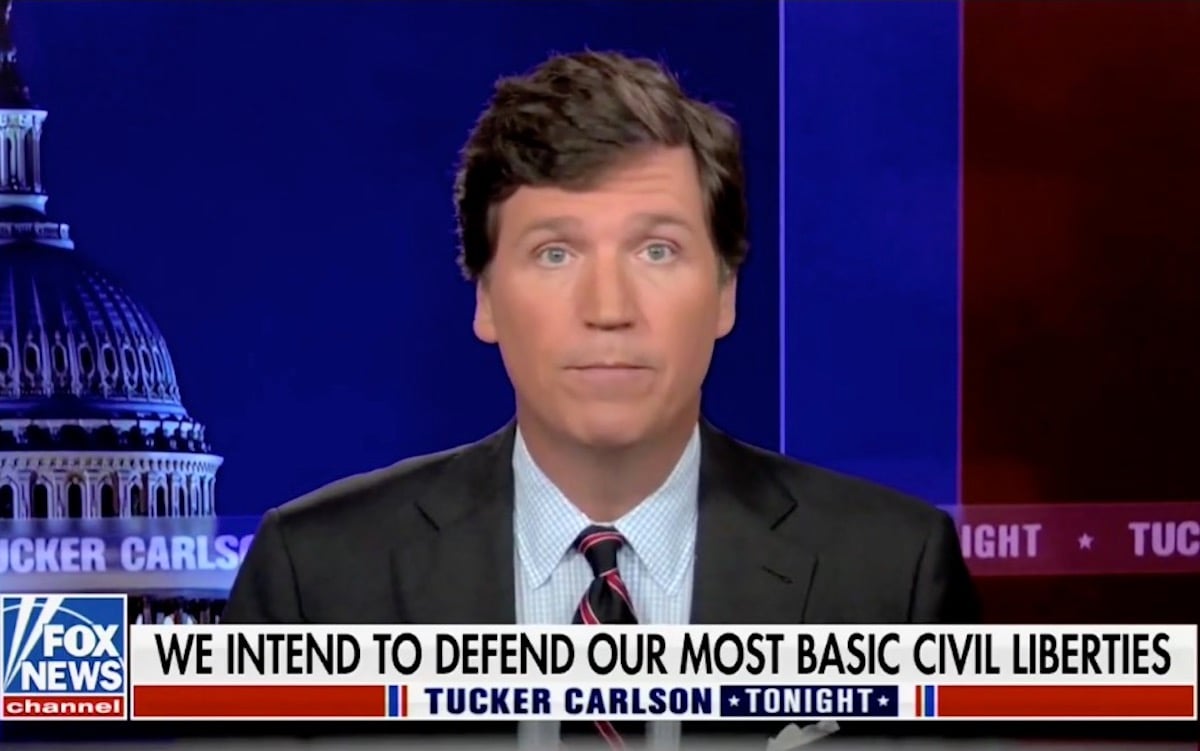 Fox News has not slowed down in its aggressive crusade against the COVID-19 vaccine—on air, at least. While hosts continue to rail against the idea of vaccine mandates and work tirelessly to demonize Democrats, medical experts, and anyone else who might be trying to actually end this pandemic we’re all still very much in the middle of, off the air, things look different.

Behind the scenes, the network’s parent company, Fox Corp., is proud of its own internal policies that look very similar to those its hosts call tyranny when Joe Biden, Democrats, on anyone else enacts them. According to a memo obtained by CNN last month, Fox asked employees to voluntarily disclose their own vaccination status, and those who are not vaccinated or who refused to share their status (reportedly a very small number) have to submit to daily COVID-19 testing.

Plenty of other vaccine mandates across the country also allow an exception for those willing to undergo regular testing, but Fox hosts don’t want anyone calling their company’s policy a mandate. Tucker Carlson got furious on his show Monday night at a clip of President Biden saying the network “requires vaccinations for all their employees.”

“As a factual matter, what Joe Biden just said is completely untrue. It is a lie, period,” Carlson said. “We can say that with authority since we work here.”

Funny, I remember such a fuss around the media feeling the need to avoid calling Donald Trump’s blatant lies “lies,” instead insisting on using words like “mistruths” or “false statements” so as not to impose a potentially inaccurate intent onto a message—but I guess we’re done with that!

It’s true! Fox does not technically have a vaccine mandate. Rather, the network requires employees to be vaccinated or else submit to strict health and safety protocol, as regulated by the parent company, the same as many others. As we all know, requiring something and imposing extra restrictions on those who don’t comply is totally different from a mandate!

It makes sense that Carlson would want to appear so personally offended by Biden’s comment, since the idea that Fox employees have no actual problem with the sort of policies they yell about on-air suggests an extreme degree of duplicitousness at play, as does the revelation that 90% of Fox’s employees are fully vaccinated, and the fact that this high rate is a matter of pride for the company.

There is, of course, room for “personal choice” here—the “I want the vaccine but support your freedoms or whatever” mentality—but 90% is a high enough number to make it pretty clear that some of those hosts might not be entirely genuine with their outrage.

Carlson addressed that criticism on Monday, telling his audience that Fox News is the only major media outlet defending the “bill of rights.”

“To cynical authoritarians like Joe Biden and the ghouls around him, like Susan Rice, that just can’t be genuine,” he fumed. “They assume the people you see on Fox News must be pretending, pretending for money or prestige or ratings or something else.”

(via The Daily Beast, image: screencap)