The TSA Makes Over $400,000 a Year From Change Left at Checkpoints 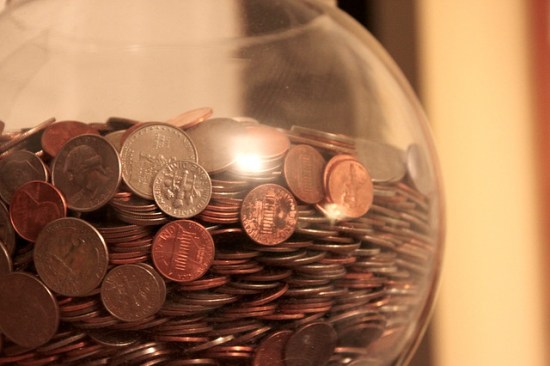 Due to my unending paranoia about air travel, I empty my pockets into my carry on bag well in advance of the security checkpoint. However, it seems that most U.S. travelers are less concerned about their pocket change, as the Transportation Security Administration routinely rakes in hundreds of thousands of dollars in loose change every year. The number for 2010 is truly staggering: $409,085.56.

Much of the change is discarded by travelers in those little bins in which they are prompted to place watches, keys, and (of course) loose change. It seems that many people simply leave the change instead of collecting it after passing through security, or simply fail to notice the loss. Foreign currency is another source the TSA benefits from, travelers perhaps not seeing the point in exchanging a pocket of loose coins from another country.

While the TSA says that it makes efforts to return money to travelers, they have an established system for dealing with discarded money. NBC quotes TSA spokesman Nico Melendez as saying:

“TSA puts (the leftover money)in a jar at security checkpoint, at the end of each shift they take it, count it, put it in an envelope and send it to the finance office,” he said.

The money is mostly used for the basics of TSA operations — lightbulbs and general expenses — but is far from reliable. The 2010 figures are actually the peak of the past three years with $364,000 in 2008 and $399,000 in 2009. That’s particularly interesting with the general downward trend in air travel, which suggests that fewer people are leaving more money.

The numbers vary from airport to airport, but obviously the larger and more popular the airport, the more money gets left there. Here’s a breakdown of the country’s largest air hubs, from NBC San Diego:

So, if you’re one of the many people who have been quite rightly frustrated with the state of airport security in this country, just keep your change to yourself and you can (sort of) stick it to the man. Hitting him in the wallet, so to speak.