Airport Scanners May Be Able to Brick Kindles 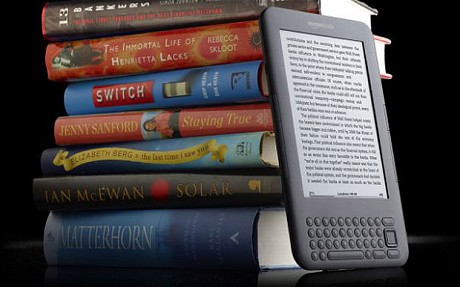 Several Kindle users have reported that after going through security at an airport, their Kindles have stopped functioning. As you might be able to expect, the culprit is none other than the x-ray scanners in security. “After my Kindle went through the X-ray scanner at Madrid airport, it no longer worked. I had been reading an e-book on the way to the airport so I knew there could be no other reason,” said affected user Michael Hart, from London. Now, many Kindles have made it through security unscathed, so this isn’t a rampant problem, but there is evidence to suggest that the security x-ray’s might be to blame.

According to Professor Daping Chu, Chairman of the University of Cambridge center for Advanced Photonics, the radiation from a airport scanner shouldn’t hurt e-ink displays, but a static charge building up inside the scanners could. “You can get a build up of static inside these machines, caused by the rubber belt rubbing. If that charge were to pass through a Kindle, it’s conceivable that it could damage the screen.” Apparently this charge could permanently charge the e-ink particles, sticking them to the screen.

Of course, Amazon says that airport scanners aren’t a problem for Kindles, citing the thousands that have gone through security and survived. That being said, it’s worth noting that users who have experienced this problem reported that Amazon replaced their Kindles. If you’re traveling with a Kindle during this upcoming holiday season, you should be fine, but a bricked Kindle is something you can add to the list of things to be slightly worried about. Since Amazon seems to be pretty cool about replacing them however, the worst you probably have to prepare for is a flight or two having to read ordinary, paper-based books.