What Did the President Know and Why Didn’t Anyone Care About It? 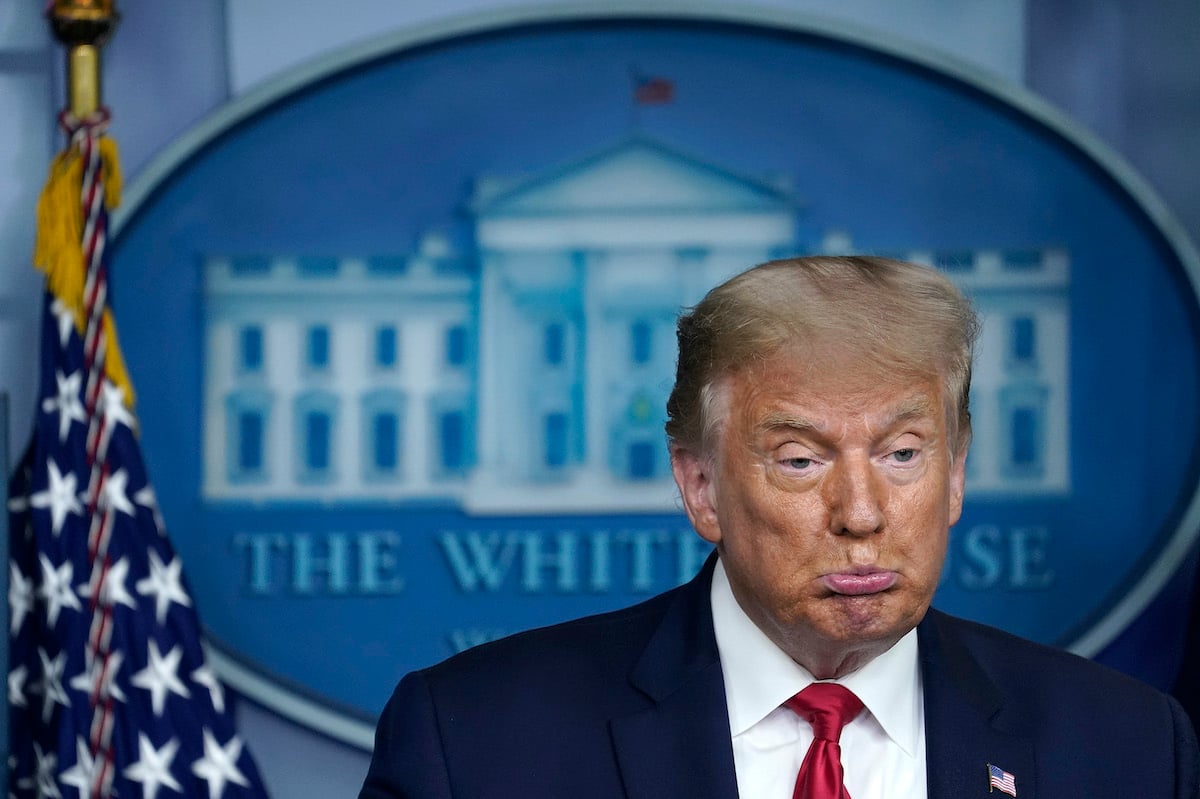 When did the President get COVID-19 and how did he get it? How much did the President know about his potential exposure to the coronavirus, and when did he know it? Those are the major question everyone is asking as we sift through all the news following Donald Trump’s positive COVID-19 diagnosis.

Putting together a timeline of who was sick when and how is hard. Especially after White House press secretary Kayleigh McEnany told Fox News’ she didn’t want to “get into an exact timeline” of when the President knew about his potential exposure. But there are things we can put together, based on other information.

The possibility that Trump might have been exposed to COVID-19 hit the news yesterday when it was revealed that his close aide, Hope Hicks, had tested positive. But where was Hicks exposed, and how long have she and other White House figures possibly been spreading it? We do know that after Hicks tested positive, Trump attended a private fundraiser at his Bedminster golf club in New Jersey. Oh, and those donors and supporters who Trump schmoozed with last night are now all reportedly freaking out about their potential exposure, as they should.

At the event, people were tested before entering and given masks, but Trump didn’t wear one and spoke to the crowd and donors for over an hour. Trump has, of course, be scornful of masks in the past and that scorn may have led to a superspreader even among his staff and as part of his campaign … or multiple super-spreader events. Joe Biden and Kamala Harris have tested negative for the virus, so it seems like the debate on Tuesday wasn’t one of them.

But even so, one would think that the White House would immediately tell the Biden camp that there was potential exposure at the debate but … nope! They didn’t think that was important. Because they do not and never have cared about protecting anyone from this disease.

CONFIRMED: There was no contact from the Trump campaign or the White House to alert the Biden campaign of possible exposure. The campaign learned of the situation from the news reports, a Biden campaign aide tells me.

But what could have been the flashpoint? Many folks are looking at the multiple events last Saturday that occurred around the announcement of Amy Coney Barrett as Trump’s pick to replace Ruth Bader Ginsburg on the Supreme Court. Several people who attended that announcement have tested positive at this point, including Father Jack Jenkins, president of Notre Dame, and Utah Senator Mike Lee.

Here’s just one clip of the event:

Video of the ACB announcement event on Saturday at the WH featuring Sen. Mike Lee of Utah, who has now tested positive for Covid-19. pic.twitter.com/aCqP2JCH73 via @bubbaprog

There are reports all over that there just wasn’t any social distancing or COVID-19 protocols in place during the Barrett event.

Per 2 WH officials and a conservative ally outside the WH who was present, there were at least two private gatherings/receptions last Sat. around ACB announcement, one in the Cabinet room and another in Diplomatic Reception Room. Very little distancing, few masks. Lots of VIPs.

And it gets even wilder when you find out that Barrett herself already had COVID-19???? So maybe the lady who wants to take away healthcare and reproductive freedom from millions had antibodies, but that doesn’t mean that the dozens, maybe hundreds of people that were at her announcement ceremony and did.

This means that the event where Trump announced Barrett’s section may well actually kill people, or at least make them very very sick. And that was Saturday. Nearly a WEEK ago. In that time all these people have been going about their lives without a single care for COVID-19 protocols and a flagrant disregard for public health. Just an hour ago, Vanity Fair published a piece that alleges Jared Kushner said “I don’t give a shit about that” when it came to being safe about COVID-19.

This kind of callousness about a disease that has killed more than 200,000 Americans (more than a million worldwide), wrecked the economy, and ruined every single plan and hope for 2020 is insulting and just bonkers. But at least they’ll learn, right? Now that infected people are literally quarantined in the white house?

Official says masks will still not be mandatory at the White House, even after president tested positive for the virus. The official described facial coverings as “a personal choice,” despite overwhelming evidence that they help stop spread of virus. https://t.co/l9wGB4pTVj

Have a great weekend!