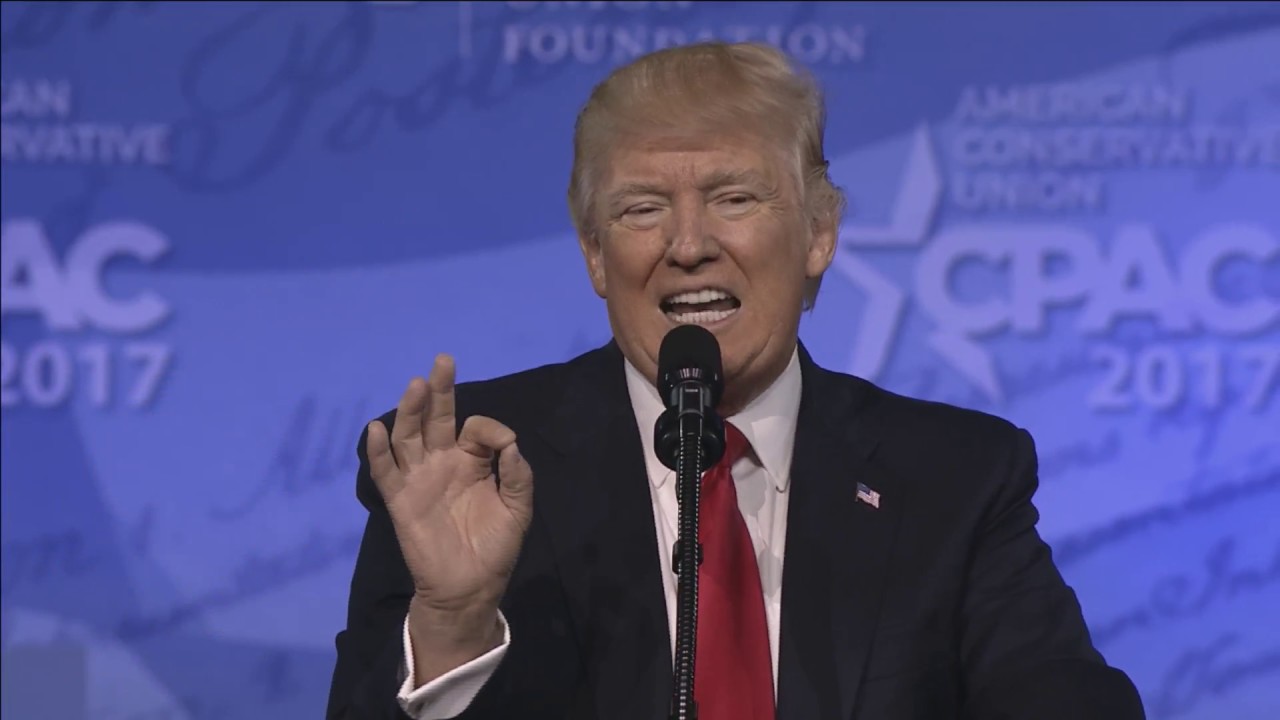 For as long as he’s been in politics (so all of a year and a half), Donald Trump has branded journalists and the media as a whole as his opponent. He even went so far recently as to declare the media the “enemy of the American People.”

The FAKE NEWS media (failing @nytimes, @NBCNews, @ABC, @CBS, @CNN) is not my enemy, it is the enemy of the American People!

As far as basic American values go, the freedom of the press is a big one. To be fundamentally against an open journalistic discourse is, itself, an entirely un-American viewpoint. So it’s troubling, to put it mildly, to hear the President of all people espousing that view.

During his speech at the conservative conference CPAC Friday morning, Trump addressed and endorsed his “enemy” statement.

Trump’s big problem with the press (at the moment, at least) is that, as he sees it, “they have no sources. They just make ’em up when there are none.” No doubt, he’s furious at the waves of leaks coming out of the White House. But anonymity for sources is a necessity in the press. Trump is trying to convince the American people that a news outlet would only cite an anonymous source if the source were actually totally made-up, and that’s a fundamentally untrue attack.

Trump did, in a sense, clarify his statement. Except by “clarify,” we of course mean “double down on the aggressive misinformation.”

I am only against the fake news media or press. Fake. Fake. They have to leave that word.

The problem is, Trump’s definition of that word is meaningless. He equates “fake” with unflattering or negative. There doesn’t seem to be any other metric by which to measure his view of what is or isn’t fake.

The outlets he continues to use represent this entire “fake news” system–like The New York Times and CNN, which he still, today, in this speech, is calling the “Clinton News Network” because “gracious winner” aren’t words anyone would use to describe Trump–are only fake when they’re reporting critical or otherwise negative news. He has tweeted or otherwise praised polls and profiles from these same outlets when they are favorable. If the outlets themselves were untrustworthy, shouldn’t we (and he) be skeptical of these stories as well?

Well, no. Of course not. That would require self-awareness and way too much logic. It’s a whole lot easier to just yell “fake news” at whatever’s in front of him at the moment.

Twitter, by the way, was quick to call Trump on his own hypocrisy, not only for a White House press briefing held earlier that morning in which officials demanded anonymity, but for telling a story later in this very speech about a friend he won’t name who won’t visit Paris anymore.

Trump, a little later: So this guy Jim, you know Jim, he used to visit Paris, you know Paris

So no, the media isn’t going include the word “fake” in their reports of Trump’s attack on the media. It’s redundant and it’s false. But Trump calls these straightforward journalists fake, and then uses it as evidence of their fakeness when they don’t call themselves fake. Logic this circular is maddeningly hard to defend against, but that doesn’t mean it’s anything but a groundless, useless argument, based in anything at all but ego.