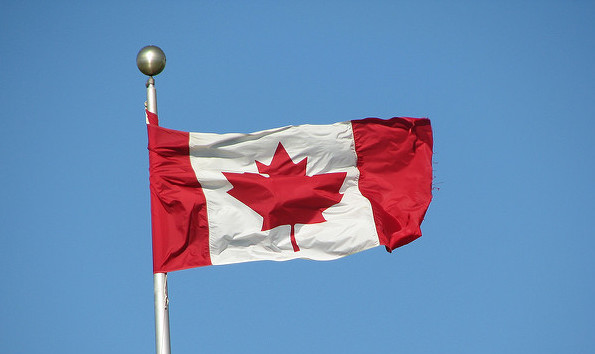 Donald Trump likes to stir up controversy by picking fights with anyone and everyone, even and sometimes especially allies of the United States, and today his ignorance cannon (Twitter) is aimed at Canada.

Why? Because Trump is all about “America First,” even in parts of America some might consider whole separate countries, like Canada. Yeah, I’m as surprised as anyone to see Trump acknowledge that places outside of U.S. borders are also part of North America, but don’t get too excited, because his views on Canada definitely show that what he truly means is “Murica First!”

He sent out a tweet at 8:30AM today, when he certainly couldn’t have had anything more important to do than blaming another country for something that’s not their fault—not like he was giving an important speech today at the Holocaust Memorial Museum that he could have been preparing for or had a country to lead or anything. The tweet read, “Canada has made business for our dairy farmers in Wisconsin and other border states very difficult. We will not stand for this. Watch!”

But here’s the thing: Canadian milk isn’t making it more difficult for farmers in the United States to sell milk … in the United States. An excess supply compared to demand is doing that, so Canada did its own farmers a solid and basically put some policies in place to help them sell milk to cheese processors, which is hurting Wisconsin farmers who relied on selling to that market. However, that market is in Canada, so it seems Trump’s only objection to it is that it’s a country he doesn’t run doing something to prioritize the interests of its own business owners over another’s.

In what way will we “not stand for this”? Who knows? The only thing that seems certain right now is that Donald Trump will continue to shout ignorant things to people ignorant enough to continue believing him, which still seems to be a startlingly large number of people (because it’s greater than 0). Oh well. I’d rather see him get into a meaningless fight with Canada over milk than get into a real fight with anyone else.