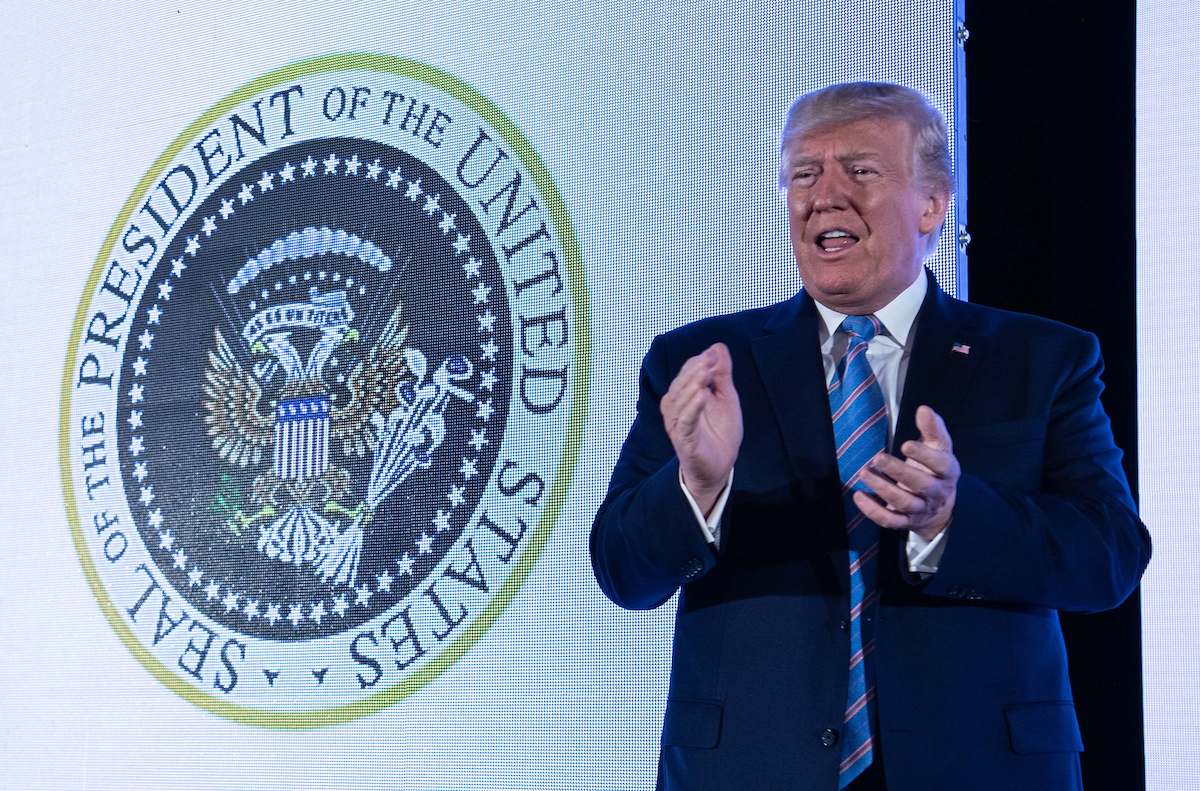 Earlier this week, Donald Trump spoke to Turning Point USA, a campus-based conservative organization that’s basically a halfway point between Young Republicans and Hitler Youth. It was incredibly disturbing to see the President* openly praise them and validate them with his presence.

Trump’s speech at the event was … weird.

Fox News cut away from Trump’s speech right as it started getting really weird 👀 pic.twitter.com/j8Kts39nI0

The whole ordeal was beyond weird.

But there was one super strange part of the visit that most of us–including those attending in person–didn’t immediately notice. Behind the stage was a sort of digital screen, with different images and logos projected throughout the event. At some point, Trump found himself standing (presumably) unknowingly next to a fake presidential seal—one designed to subtly drag him.

The image, which you can see above, looks at first glance to be the regular presidential seal, but where the real logo features an eagle clutching 13 arrows in one claw and an olive branch in the other, this one is holding golf clubs and cash. It also has two heads instead of one, similar to the Russian Coat of Arms: 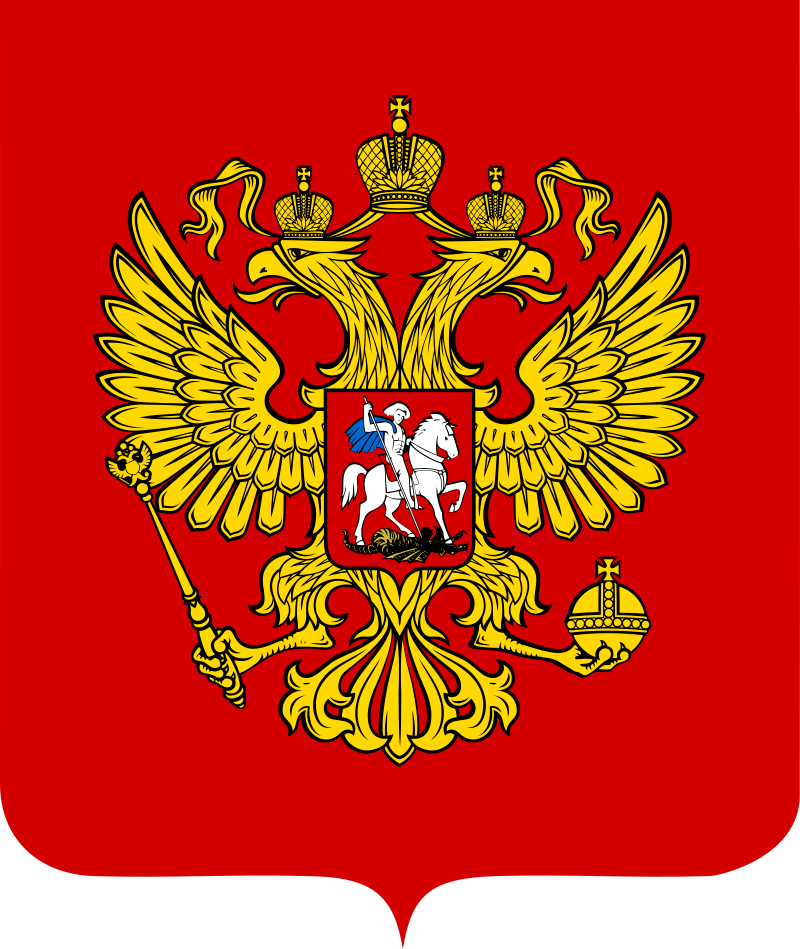 Where the regular American presidential seal bears the Latin motto “E Pluribus Unum” (Out of many, one) above the eagle, this fake seal features the Spanish phrase “45 es un titere” (45 is a puppet).

Trump famously declared himself to be “no puppet, no puppet” during the 2016 debates, but he also swears that he doesn’t “have a Racist bone in [his] body,” so we’ll take his proclamations with a grain of racist, puppetty salt.

We still don’t know how or why that photoshopped seal was projected next to Trump. At other times, the normal seal was featured in its place, so it seems like this has to have been a deliberate move, even though, as Gizmodo notes, the fake seal “appears on free image sites like Free PNG Library and other Clip Art hosting pages. Someone is even selling the doctored logo on t-shirts and iPhone cases at the print-on-demand service Inktale.” So, could it have been an innocent, maybe lazy mistake?

Turning Point told the Washington Post that they don’t believe it was deliberate or “malicious.” Nevertheless, they say the person responsible has been let go.

I choose to believe this was deliberate, and I would call that person a hero, except for the fact that they are (or were) a member of Turning Point USA and therefore inherently garbage.