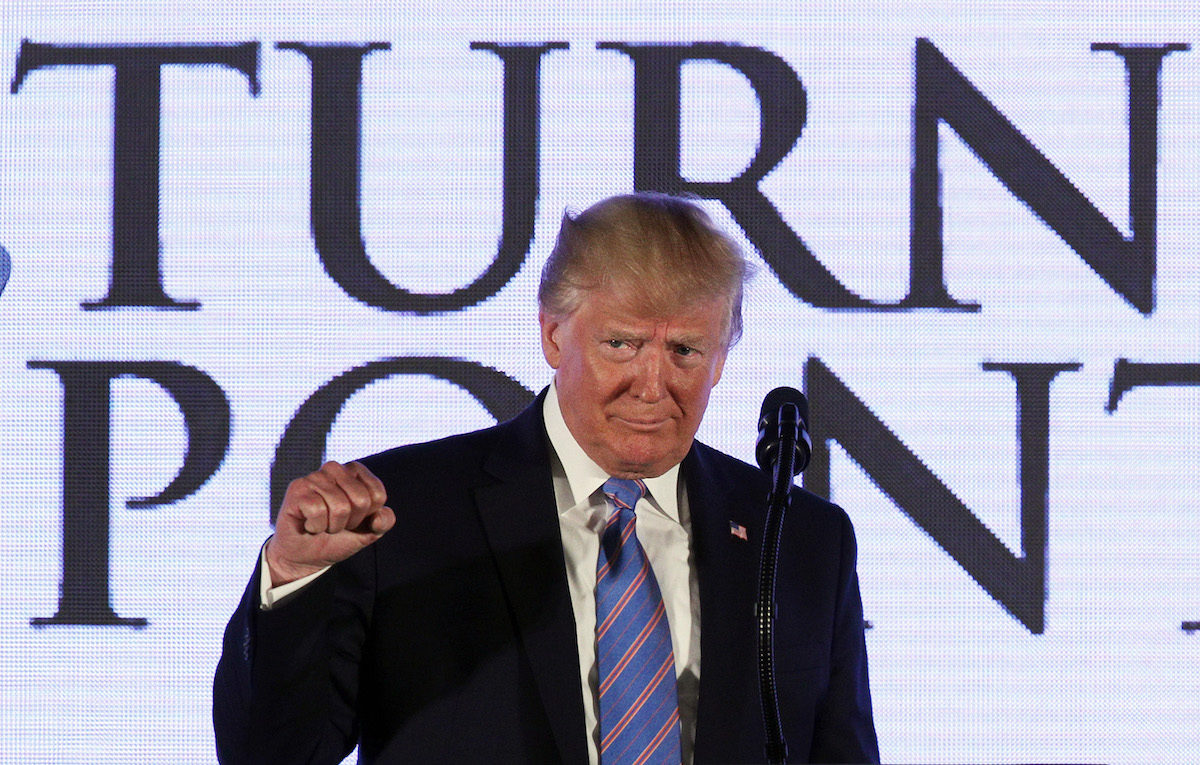 Tuesday morning, Donald Trump tweeted that he was going to talk with Turning Point USA, a group he described as “some of the greatest and smartest young people on the planet.”

Leaving for Turning Point USA. Will be speaking to some of the greatest and smartest young people on the planet. See you there!

Turning Point is a conservative nonprofit aimed at turning increasing conservative visibility on college campuses, sometimes through allegedly illegal means. They say that their mission is to “identify, educate, train, and organize students to promote the principles of freedom, free markets, and limited government.” But this isn’t a regular Young Republicans group. Turning Point makes no efforts to hide its ties to the larger national white supremacy movement. The organization is built on a foundation of racism and bigotry.

Media Matters has a thorough breakdown of the group’s history, but here are just a few examples:

—They have a long history of “accidentally” hiring racists, the kind of racists that don’t even try to hide it. One former National Field Director sent texts to other employees reading “I HATE BLACK PEOPLE. Like fuck them all . . . I hate blacks. End of story.”

—They started a McCarthy-esque “Professor Watchlist,” documenting college professors who “discriminate against conservative students and advance leftist propaganda in the classroom.”

“The greatest and smartest young people on the planet.” – Donald Trump pic.twitter.com/EgkBk0w79h

Charlie Kirk has routinely denied that his organization is rooted in white nationalism and white supremacy. But members across the country clearly feel differently. They’ve been recorded saying hateful, antisemitic and racist things to each other at TPUSA events (for example: “The only thing the Nazis didn’t get right is they didn’t keep fucking going!”) and in campus chatrooms.

The Anti-Defamation League notes that a known white supremacist named (or going by the name) James Dunphy wrote an article in 2018 criticizing Kirk’s “compliance with political correctness” but praised him for doing “wonderful things” because TPUSA’s members have done “great things” (read: incredibly racist things). He saw TPUSA as beneficial to the white nationalist movement because it’s basically a big stepping stone, writing that “the number of people who will migrate from its platform to a white nationalist one will be far larger than those who do the reverse.”

This is who Trump spoke to today, at their Teen Student Action Summit, as if that’s a totally normal thing for a president to do.

In a normal presidency, the president speaking at such a group, and bragging about it beforehand, would be a huge scandal.

And let’s not pretend he didn’t know exactly who he was talking to.

He’s not even bothering with dog whistles anymore. He’s just putting it all out in the open. This should be the biggest story of the week.