Things We Saw Today: Trump Says Energy-Efficient Lightbulbs Are the Reason He Looks Orange & Excuse Me but I Have Laughed Myself to Death 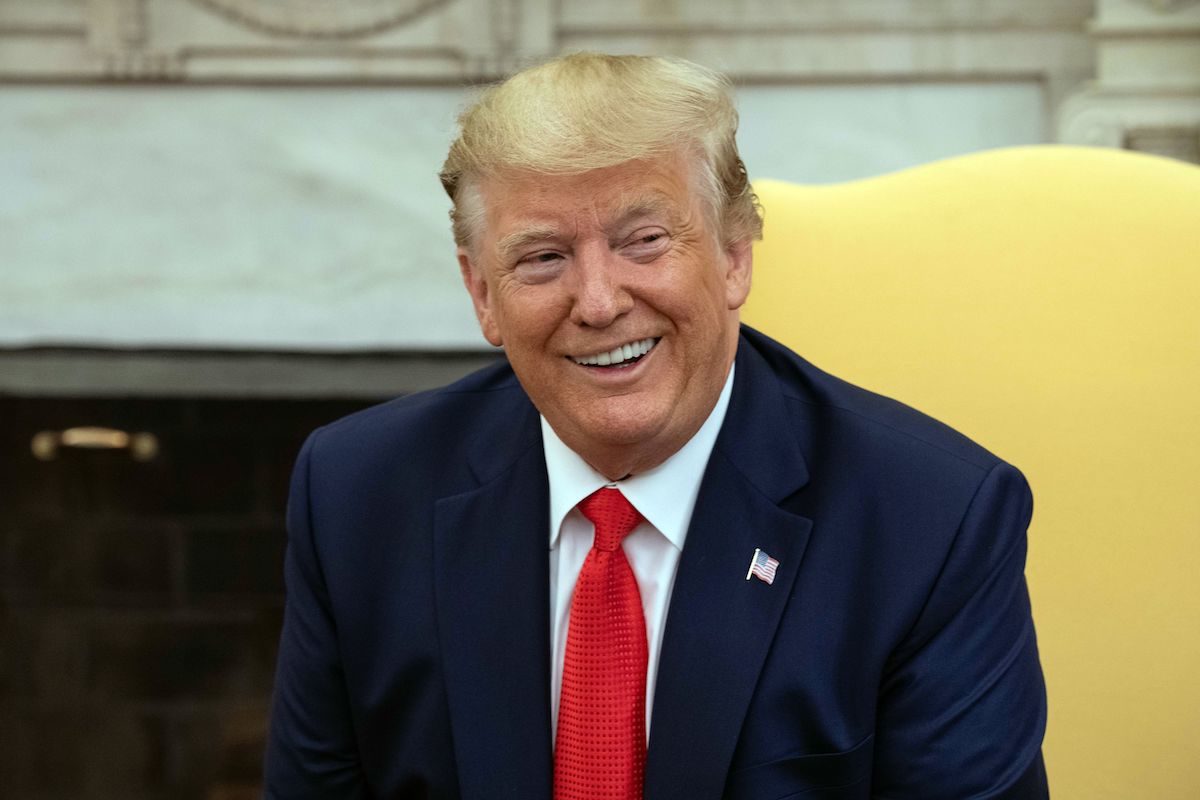 Donald Trump has made a regular habit of making up facts to try to deter Americans from appreciating and investing in alternative energy sources. He’s repeatedly said that wind turbines cause cancer and that solar energy only works when the sun is out. But he also frequently centers these lies around himself–i.e. that you can’t watch a Trump rally on television when it’s cloudy or nighttime.

But his new lie about technology and how it affects our view of him is somehow even more incredible than any we’ve heard before. Trump often gets mocked for his obvious and shoddily done fake tanning. (Spray? Tanning bed? I don’t care; it’s just bad and probably unhealthy.) To say that his skin is orange is not even shaming (depending on how that sentiment is expressed), it’s just factual. But now Trump is admitting that his skin has an orange hue, while claiming it’s not a bad fake tan–it’s those darn energy-efficient lightbulbs!

“People said what is with the lightbulb? Here is a story. I looked at it. The bulb we are being forced to use, number one, to me, most importantly, the light’s no good I always look orange, and so do you. The light is the worst,” Trump said during a very weird speech in general that took place at the same time as the last Democratic debate.

First of all, obviously Trump would value his own vanity over environmental concerns.

Second, that’s not what’s happening! Trump is looking around saying, Hey, this is a weird problem we all experience, right??? And the answer is no, no we do not. But he kept going.

“Number two,” he said, “it is many times more expensive than that old incandescent bulb that worked very well, and very importantly, I don’t know if you know this, they have warnings. If it breaks, it is considered a hazardous waste—waste site. It has gases inside. Read what they say. If it breaks, bring it to your local whatever, have it wrapped—what are we doing?”

As Mediaite notes, “Trump appears to be referring to fluorescent light bulbs, which can be dangerous if broken because they contain mercury. The bulbs are currently being supplanted by even-more-efficient LED bulbs.” So Trump appears to be simultaneously ranting against traditional bulbs for being dangerous (valid) and LED bulbs for turning all of us orange (which they do not).

IT’S FRIDAY! What did you all see out there today?

(image: NICHOLAS KAMM/AFP/Getty Images)
Want more stories like this? Become a subscriber and support the site!