A Slew of Maybe-Coincidences Point Towards a Third Tron Movie 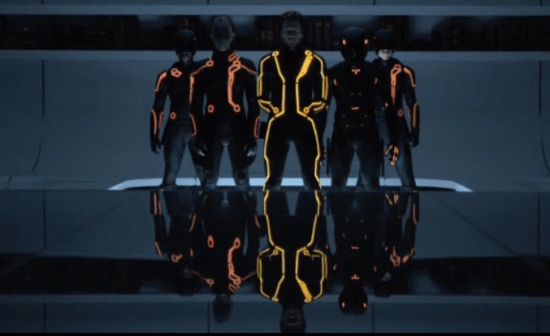 Consider the following: rumor has it that a trailer for the as third Tron movie is hidden on the DVD of Tron: Legacy.  A third Tron movie remains un-greenlit.  The DVD doesn’t come out until April 11th, in the UK.  The American release date is unknown.

But Ain’t It Cool says it has confirmed, with pictures, that there is a teaser for Tron 3 that will be included in the DVD release of Tron: Legacy.  They’ve even seen the footage, so don’t click if you’d like to remain spoiler free.  (The rest of our post has no spoilers.)

Bleeding Cool adds this extra confirm-or-coincidence detail: The British Board of Film Classification has updated their database to include a three minute film directed by Joseph Kosinski and starring Jeff Bridges, Garrett Hedlund, Olivia Wilde, the director and stars of Tron: Legacy.  Says Brendon Connelly:

Disc Roars is not showing on the official list of special features for the Tron: Legacy DVD and Blu-ray. I believe it is more than likely to be the “secret” teaser, and that Disc Roars is nothing but a smokescreen codename.

Or… it could be featurette on the sound that the light discs make. But if so, why isn’t it listed alongside the other supplements? And 2 minutes 51 sounds about perfect for a teaser…

Another movie would of course be predicated on the financial success of it’s predecessor.  According to Wikipedia, Legacy was made for $170 million, and has so far grossed about $333 million, not including home video sales, which these days can make up a significant amount of a movie’s net revenue.  Needless to say, whether or not the movie was any good as a movie rarely enters in to this.  Although we did enjoy bathing our eyeballs in Tron: Legacy, we gave our brains the afternoon off.