Tron 3 Has Found A Writer But Will It Have An Audience? | The Mary Sue

Tron 3 Has Found A Writer But Will It Have An Audience? 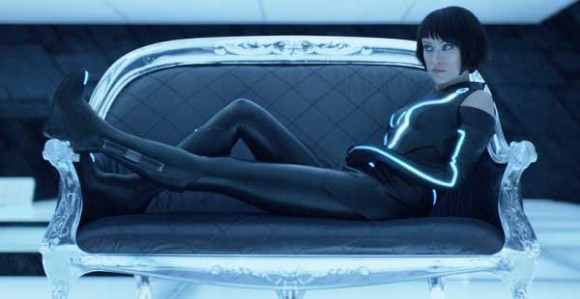 I remember seeing preview footage of Tron: Legacy at San Diego Comic-Con and being pretty impressed. The 3D actually made sense and they seemed to have a good handle on a story that would do the original film justice. When I saw the full movie I thought it was good, not great, and didn’t expect them to make any more. While the idea was bounced around for a while, it looks like it’s finally gaining momentum.

The Hollywood Reporter says the follow-up to Tron: Legacy says Disney is currently in negotiations with Jesse Wigutow to write the next draft of the script. To what do we owe this renewed interest in the franchise? THR says recent movement of Disney executives.

“Joseph Kosinski, who directed Legacy, is attached to helm this installment, which is being developed with a renewed purpose under Alan Horn, who took the reins of Disney Studios in June,” they write. “Plot details are being kept under wraps. David DiGilio wrote an earlier draft of the script.Justin Springer, a co-producer on Legacy, is producing Tron 3.”

Previously, Bruce Boxleitner said the film was a “done deal” and was hoping for a 2013 release date but it’s doubtful that deadline will be adhered to. While Tron: Legacy made just $2 million over its budget here in the U.S., it made $400 worldwide which is apparently enough to warrant making more.

THR writes, “Wigutow already is working with Disney on the adaptation of Peter and the Starcatchersand worked on Parallel, another Disney project being produced by Springer. Wigutow also wrote Eragon and worked on Relativity’s remake of The Crow and Summit’s remake of The Osterman Weekend.”

So, are you looking forward to more Tron or did you think Tron: Legacy made a good bookend to the franchise? Do you want Garrett Hedlund, Jeff Bridges, and Olivia Wilde to return or would you prefer them to take another route?