Cyan and Legendary Pictures Partner for Transmedia TV Series Based on… Myst? 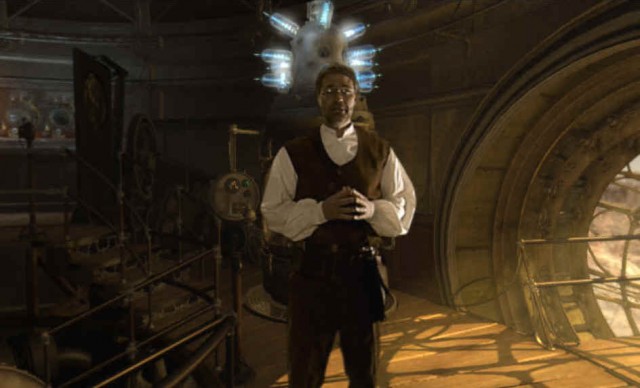 I know this sounds inexplicable, but trust me when I say that this is an actual headline: Cyan and Legendary Television are partnering to create a Myst television series.

It’s easy to forget that Myst remains one of the bestselling games of all time. Especially if you’re a huge fan of the series like me and you just want to be able to talk about how Myst 4 is your favorite video game without someone asking “Oh, they made Mysts after Riven?” Especially then. I’m pretty well settled in my knowledge that nobody else is going to get my jokes about the time Brad Dourif clubbed me to death. Which is why it’s so baffling to find out that there might by a Myst television series. It’s like waking up to find out that somebody made a television show about the pet you had in elementary school.

According to Venture Beat:

Cyan is teaming with Legendary Television & Digital Media because it believes that it is now possible to express the Myst world in a visual linear medium, said Blake Lewin, the vice president of business development at Cyan.

A visual… linear… medium… Sorry. I had to go roll my eyes back into my head. Come on, dude, we’ve had multiple Myst novels at this point. Get down off your hifalutin words and just say you want to make a show about the D’ni, or whatever. Lewin went on to add, somewhat less cryptically, that Cyan’s intentions are to create not just a show, but an experience. “Cyan’s goal in working with Legendary is not just to create a compelling TV drama but to develop a true transmedia product that will include a companion video game that extends the story across both media.”

As long as the puzzle isn’t figuring out how to turn on and tune my television using a variety of unlabeled knobs and switches, you can rest assured that I will be watching when it hits screens, Cyan.