New “Transient Electronics” Do Their Thing For A While, Then Dissolve | The Mary Sue

New “Transient Electronics” Do Their Thing For A While, Then Dissolve 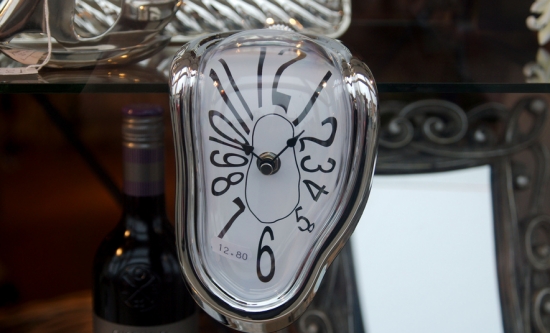 When the contract you have with your cell phone provider expires you usually get a new phone. Maybe you trade in your old phone, or donate it. You might even just throw it away, but what if instead of any of those options, it simply dissolved? That’s the kind of future we could live in soon thanks to the development of “transient electronics.” They are devices designed to operate for a set period of time before dissolving, and they just hit a major advance that could see them being used more and more.

A team of scientists led by John Rogers, Ph.D. decided to look at electronics, traditionally designed to last as long as possible, in a new way. Their work was presented at the National Meeting & Exposition of the American Chemical Society. Rogers said:

The goal of the electronics industry has always been to build durable devices that last forever with stable performance, but many new opportunities open up once you start thinking about electronics that could disappear in a controlled and programmable way.

That “programmable way” is based around coating the electronic devices in a material that will completely dissolve in water or bodily fluid after a known period of time. Because the coating takes a known length of time to dissolve, it can be set to determine the life of the device. Currently, the Rogers team is working on new devices that last several weeks before dissolving, but the goal is to make them last for as long as several years.

Besides creating a better way to time the dissolving of the electronics, the team also broadened the kinds of devices that can be made transient. The list now ranges from medical devices to digital cameras, and the research could be the answer to a DARPA request for a solution to transient technology announced back  in January.

While a cell phone that breaks down after two years might not sound that great, it could solve the problem of massive e-waste in landfills. Other benefits of self-destructing tech could be the security applications DARPA is concerned with, better temporary solutions for implantable medical devices that don’t require surgery to be removed. Considering it’s a relatively new category of electronics, researchers could also develop entirely new classes of devices that use the technology, given time.

If any one piece of electronic equipment you own could harmlessly dissolve away today, what would you want it to be?

(via Science Codex, via cobaltfish)