Hawaiian Islands Are Slowly Dissolving From Inside | The Mary Sue

Hawaii Is Slowly Dissolving, Sinking Into The Sea 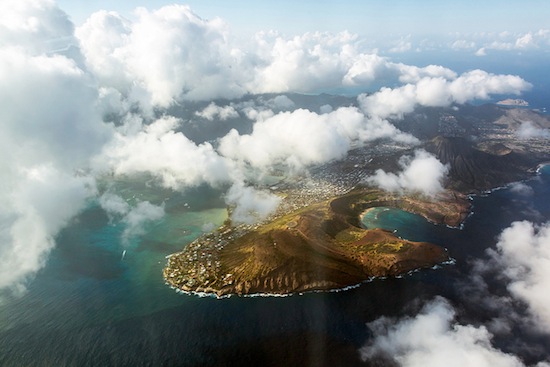 We may have ducked the end of the world last week, but a new study by researchers from Brigham Young University reminds us, that in some small way or another, the world is always kind of ending. The study suggests that Hawaii’s volcanic islands are, ever so slowly, being returned to the sea. The culprit is not erosion, or rising sea levels brought on by climate change, but something much more insidious. The islands, it seems, are being dissolved by their own groundwater.

An analysis of the mountains Koolau an Waianae on the island of Oahu by Brigham Young geologists found that the mountains are being dissolved by groundwater from within at a faster rate than the toll taken by rain and wind erosion. Considering the islands that make up Hawaii are made primarily of just one kind of rock –basalt that oozes from the volcanoes that form the archipelago — the research team thinks it’s a safe bet that analysis of other islands would demonstrate similar effects.

Thankfully, since geology is generally as slow a process in destruction as it is in creation, it will take quite a while for the islands to dissolve — in fact, researchers estimates indicate that tectonic activity alone will keep the islands growing for as much as 1.5 million more years, so probably don’t cancel that tropical vacation quite yet.