Transformers: Dark of the Moon–Not Much More Than Meets the Eye 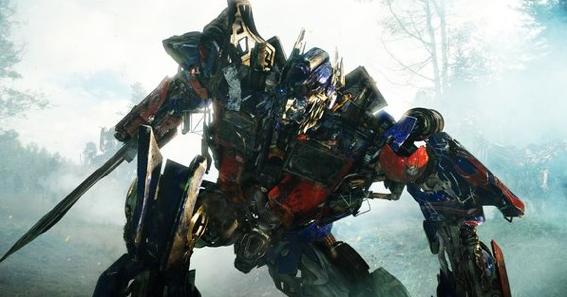 The latest and final installment in Michael Bay’s Transformers franchise lives up to its promotional hype and meets expectations. That is to say: it is an action packed visual spectacle that is a wonder to behold, but is devoid of either a meaningful plot or strong characterization. Also, occasionally it showcases fighting robots. Originally based off the  children’s toy line and it’s subsequent cartoon show, Transformers: Dark of the Moon is not for children. It earns its PG-13 rating through a plethora of violence and death that would make the movie seem far darker, if it was not constantly counterbalanced by the goofiness of many of the characters and situations.

For a movie that deals with the main theme of sentient, humanoid robots at war with one another, the human characters are sadly given the most screen time. Despite this, there is a severe lack of human emotion shown throughout the film. Whether they were Autobot, Decepticon, or human, the characters found in Dark of the Moon were only given the most marginal of motivations, and severely lacked development throughout the film. If anything, the main character of Sam seemed to regress in this film when compared to the previous movies. While he can be seen as brave and interesting in the previous films, in Dark of the Moon, it is shown that he is only relevant when associated with more successful, or talented individuals. The plot is shoddy at best, and seems to serve only as the necessary segway between action sequences, blatant product placement, and less than humorous non sequiturs.

Rosie Huntington-Whitelely amiably portrays the role she inherited from Megan Fox, as the resident  ridiculous Michael Bay eye-candy, who glamorously maintains model posture and running in heels while the world comes to an end around her. As a Victoria’s Secret model, it seemed obvious that Huntington-Whitelely was cast in this role simply because she had already made a career out of looking sexy on film, and therefore would be less likely to suddenly develop “Spice girl woman empowerment” the way Megan Fox had, making it easier for her to work with the reportedly misogynistic Michael Bay. Although she was typecast into the role as just a pretty face, she surpassed expectations by adding a semblance of likability and relatability to her character; something her predecessor was never able to accomplish. Her acting was far from spectacular, but was par for the course in this film, and at times hinted at the seeds of talent.

In lieu of fleshed out, well rounded personalities, the movie is overrun with obnoxious, wacky second-tier characters. The miniature robots Wheelie and Brains and the Witwicki parents all return to annoy the living hell out of us. Joining them is a variety of others, including Ken Jeong at his most ridiculous, shown in one scene yelling “I am deep wang!” into Sam Witwicky’s face, while straddling him in a bathroom stall. A small consolation can be found in the fact that the incredibly racist pair of twin negative Hispanic stereotype Autobots from Revenge of the Fallen do not make it back for this film. They are replaced by a group of Autobots called the Wreckers, who are instead British hooligan stereotypes, but are at least the lesser of the two evils, and given very little screen time.

One of the most impressive aspects of this film was the slew of geeky cameos found within. Scott Krinsky, best known as Jeff on Chuck, appears early on in the movie, as does John Malcovich, whose talent is wasted playing Sam’s boss. Similarly wasted talent is found in the inclusion of Alan Tudyk (Wash in Firefly) as Dutch, a quirky associate of former special Agent Simmons, whose back story is entertainingly alluded to, but was never expanded upon. Further geek nods can be seen in the voice casting of Leonard Nimoy and John Dimaggio (Bender from Futurama) as Sentinal Prime and Leadfoot, respectively. However, the greatest cameo in the film was that of real life astronaut Buzz Aldren. Regardless of your thoughts on the movie as a whole, seeing Buzz Aldren meet Optimus Prime is truly an amazing sight.

Although the fight scenes between the Autobots and the Decepticons were few and far between, they were cinematically spectacular, and for a moment make the whole experience seem worthwhile. Unfortunately, most of the Transformers are nameless, indistinguishable cannon fodder, leaving the viewers to only really care about Optimus Prime and Bumblebee. Shockwave, despite merely being a henchman, was easily the most diabolical of the Decepticons, and is the Transformer who most closely resembles his Generation 1 cartoon counterpart.

Through his movies, Michael Bay has often bastardized Transformers canon, rendering the characters unrecognizable when compared to their cartoon counterparts. However,  in Dark of the Moon, he does add one positive contribution to Transformers lore, by answering the age old question of “What happens to Optimus Prime’s trailer when he transforms?” Apparently it turns into a flight deck, which houses Optimus’s small array of weapons, and most notably, a set of jet powered, strap-on wings that allow Optimus to fly around looking like a significantly cooler Buzz Lightyear.

Visually stunning, but intellectually vapid, Dark of the Moon is the epitome of a popcorn flick. Experiencing the film at it’s full potential in 3D greatly enhances the viewing experience; however, the three dollar pair of glasses you purchase does nothing to change the two-dimensionality of the characters. Fans of the previous installments, or of Michael Bay’s movies in general will love this film. However, if you are a fan of the original Transformers cartoon, or simply a fan of character driven plots, this movie is not for you. I would suggest instead watching the 1986 “Transformers: The Movie.” It is vastly superior in every imaginable way, and it even still has Leonard Nimoy in it.