White House to Cut Off Trans-Related Medical Funding for Military Service Members, Ban Them From Service 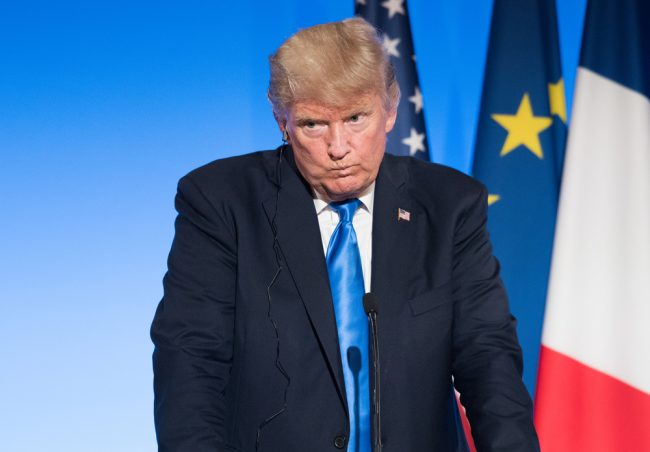 The White House is moving closer to follow through on Trump’s tweet about banning transgender military service members, according to a report from the Wall Street Journal. It’s expected that these guidelines will be delivered to the Pentagon within the next few days. The new policy would require Defense Secretary James Mattis to “consider a service member’s ability to deploy” when deciding whether they are fit to serve or not. Additionally, the memo to Mattis advises that the military should stop spending money on trans-related medical care while considering their “deployability.”

This follows a series of tweets from last month where Trump announced that the military would no longer allow transgender people to serve. Nearly all branches of the military responded that they wouldn’t be “taking orders by tweet,” and have continued to support their trans members in the time since. As well, the administration took well-deserved criticism from people on both sides of the aisle for this move.

As we shared in our own reports on the issue, funding trans service members’ healthcare amounts to a negligible cost, in total. According to a study from the Rand Institute, it costs the U.S. $2.4 to $8.4 million annually to provide funding for trans-related healthcare costs for the military’s 1,320 to 6,630 trans members. But in Trump’s first 80 days as a Russia-Putin mouthpiece, he’s spent $20 million on vacations to Florida and New York. This month, he even bankrupted the Secret Service’s yearly protection budget well ahead of schedule by forcing them to rent a floor in Trump Tower in order to watch him when he goes to New York—embezzlement much?

According to a report from the Los Angeles Blade, a senior official said that Vice President Pence is responsible for much of the driving force behind the trans ban, acting on requests and orders from conservative leaders including Tony Perkins, the head of the Family Research Council, and many retired anti-LGBT military officials. This bit of news isn’t exactly surprising, as it’s important to remember that Pence literally believes that people can be electro-shocked out of their sexual preferences. No word yet on whether he thinks leeches are an acceptable medical treatment for anything or what he thinks of phrenology, though if I had to guess, I’d say he takes blood-letting treatments every evening before the witches can find him, and phrenology is “crucial to understanding the separation about two species.”

Of course, if it’s true that Pence is indeed the force behind this ban, then once again, Trump has demonstrated that he’s nothing but a mouthpiece, a meatshield from behind which the GOP and Nazi parties can enact whatever bunk policy they wish. Trump’s certainly deserving of criticism and ire in his own right, as well as for the hatred, prejudice, and violence that all continues to be done in his name. But as this struggle continues, and as trans rights become—as ever, as always—the war-torn battleground for human rights, it’s important to remember that it’s not just Trump who needs to be tossed out on his ass; it’s his entire cabinet and its culture of ignorance and oppression that need to go.