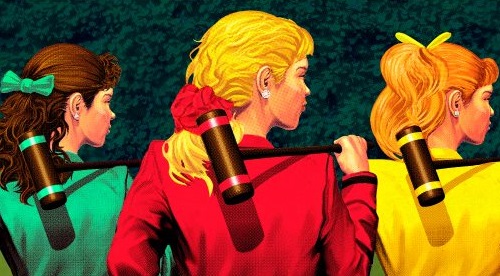 On August 4th, Heathers the Musical played its last performance off-Broadway at New World Stages in New York City. I had the privilege of seeing the show twice, but too many people have never heard of Heathers the Musical, much less seen it live on stage. Here are the top 10 reasons why the world needs more of it. 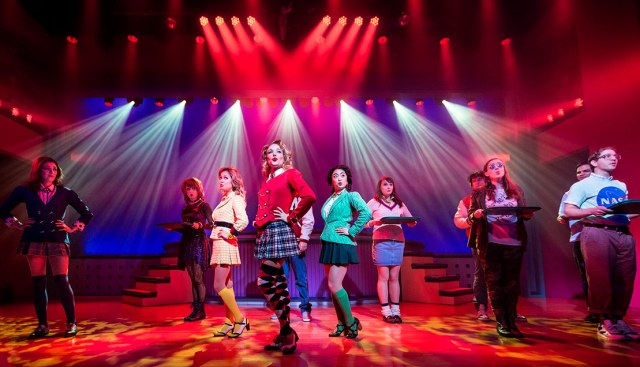 The 80s Nostalgia
Heathers the Musical is packed full of 80s nostalgia, from its pre-show soundtrack of “Whip It” and “Hey Mickey” to chorus members playing an original Gameboy or solving a Rubik’s Cube.

The Irresistible Soundtrack
The book, music, and lyrics were co-written by Kevin Murphy and Laurence O’Keefe. Murphy is best known for the musical adaptation of Reefer Madness, while O’Keefe has a devoted following for his work on Bat Boy: The Musical and Legally Blonde: The Musical. There is not a single dud on the soundtrack. “Beautiful” opens the show and keeps building up to the grand entrance of the Heathers. “Candy Store” is the song that Tina Fey wishes she could have written for the upcoming Mean Girls musical, and it will likely be a drag show staple for years to come. “Seventeen” nails teen angst with Veronica’s plea that JD let go of his anger and enjoy being young. “I Love My Dead Gay Son” is the funniest song since The Book of Mormon‘s “Hasa Diga Eebowai,” and “Dead Girl Walking” is simply bad-ass and sexy as hell. There are fourteen more songs on the soundtrack, all of which are catchy, clever, and insightful. The whole thing only costs $9.99 on iTunes. 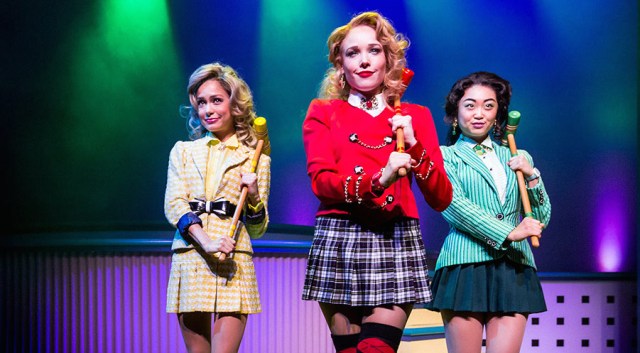 The Fashion
On the subject of nostalgia, the costumes are fantastic. Costume designer Amy Clark captured the look of the original film with the Heathers and Veronica while also mixing up the wardrobe for Martha Dunnstock and giving the rest of Westerberg High distinctive wardrobe pieces like a NASA t-shirt or a “Young Republican” preppy sweater. Plus, I would kill for Heather Chandler’s thigh-high socks. Those socks are amazing.

Heather Chandler
They might share the same first name, but Heather Chandler, Heather Duke, and Heather McNamara each bring something completely unique as the most popular girls at Westerberg High. Jessica Keenan Wynn as Heather Chandler is the queen bee that everyone feared in high school, but she amps it up to a degree of evil usually reserved for Disney villains like Ursula or Maleficent. She cackles like the Wicked Witch of the West while giving her best Miss America wave to the crowd, and the audience eats it up. At the stage door, a young fan gushed, “She’s so pretty. It’s not the make-up or whatever. She is so pretty, it is unreal.” Jessica Keenan Wynn is more than just a pretty face, though. Her voice kills the riffs in “Candy Store,” and she delivers classic lines like “F— me gently with a chainsaw” with wicked glee.

Heather Duke
Heather Duke is a tyrannical queen bee waiting to happen. She longs for a chance to be the center of attention and wear the coveted red scrunchie, but with Heather Chandler around, she will always be second in command. Kristolyn Lloyd as Heather Duke is the most outrageous of the Heathers with her animated expressions and physical comedy, and she serves as a reminder that there is always another queen bee waiting in the wings.

Heather McNamara
Elle McLemore as Heather McNamara has the most surprising character journey in the show. At first she seems like just another ditsy minion for Heather Chandler, with her empty-headed smiles and obsession with symmetrical faces, but her second act solo “Lifeboat” reveals her deeper fears and thoughts of suicide. She has a few missteps along the way, including bullying Martha Dunnstock and luring Veronica to the graveyard to fend off Ram and Kurt, but her friendship with Veronica frees her to be true to herself and stop being a bully. 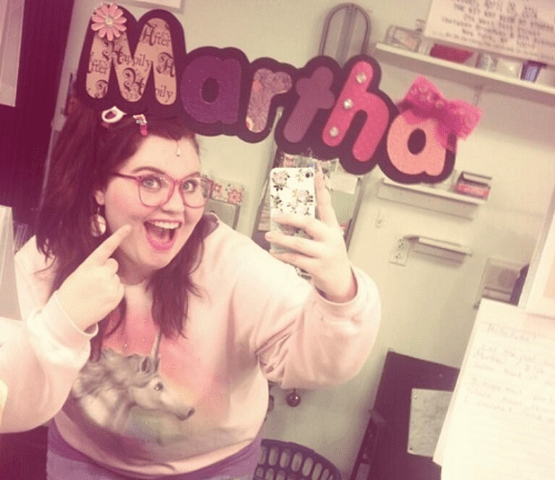 Martha Dunnstock
God bless Martha Dunnstock. God bless her big heart and unicorn sweatshirts. Anyone would be lucky to be invited to movie night at Martha’s house with Jiffy Pop and The Princess Bride. Maybe she’ll break out some sparkling cider if it is a special occasion!

Veronica Sawyer
If Winona Ryder’s Veronica was on the pretentious side, with her monocle and long-winded diary entries, Charissa Hogeland’s interpretation is more excitable and dorky. She can’t believe her luck that she is hanging with the popular girls, and when a hot boy compliments her “without a trace of mockery” she does her best impression of Laura Linney in Love Actually. I absolutely adore Veronica Sawyer. She is my type of heroine – comfortable in mini-skirts and thigh-high socks, confident enough in her sexuality to climb in JD’s window and jump his bones, strong enough to stand up for the good of humanity, and good enough to risk her life to save her school. 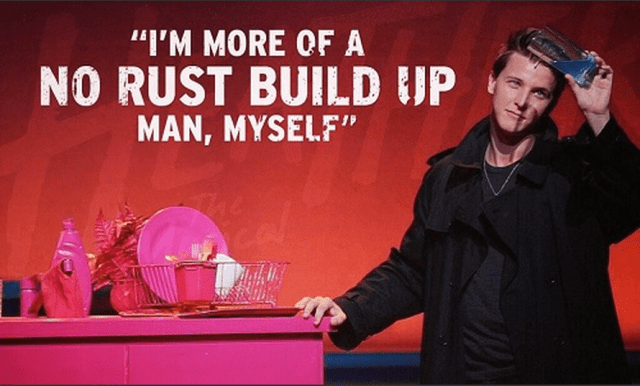 JD
Christian Slater’s JD has a sinister edge from the very beginning, making his downfall unsurprising, but Dave Thomas Brown’s boyish good looks and unbearably charming smile almost made me root for the murderous teenage anarchist. Also, his harmonies with Charissa Hogeland on “Seventeen” give me goosebumps every time. Look at that face! Just look at that face! 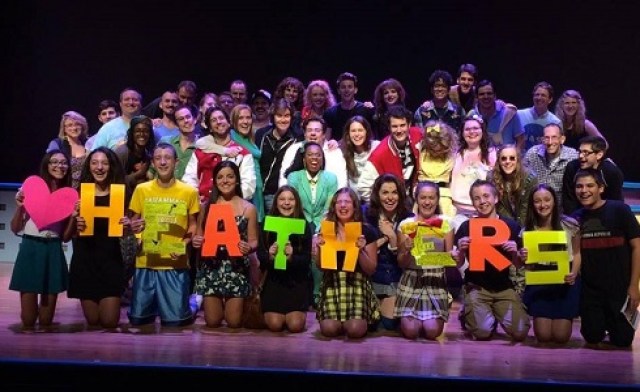 The Fans
Heathers the Musical has the best fans since The Rocky Horror Picture Show. Many fans saw the show multiple times, some as many as 3-5 times, and they would often dress up as their favorite character or bring fan art and handwritten letters to the stage door. The show’s messages about hope and staying true to oneself in the face of bullying have connected strongly with young people, particularly high school students, and Heathers brought them into New World Stages in droves.

Go to HeathersTheMusical.com for the latest news on the future of the show. You can also follow it on Facebook and Twitter. Videos from the show, including highlights from closing night, can also be found on its official YouTube channel.