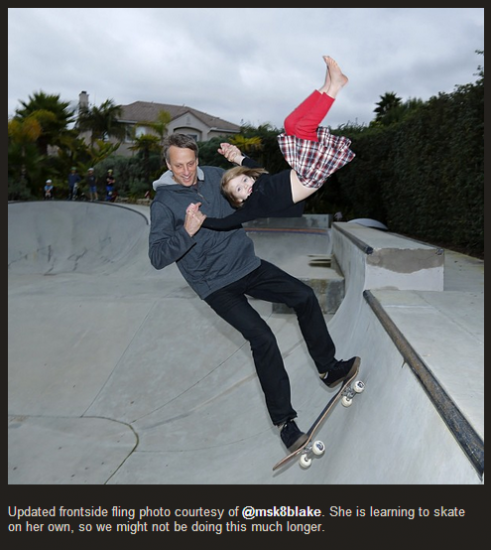 There’s nothing cooler than folks keeping their teenage passions (you know, the ones that are still associated with teenagers by the mainstream) through adulthood, and there’s nothing cuter than the same folks passing on those passions to their kids. Says Hawk to those worried about his adorable daughter, “For those that say I endanger my child: it’s more likely that you will fall while walking on the sidewalk than I will while skating with my daughter.” Which at first brush seems a little brash, but then again… he’s the guy with nine X Games gold medals.