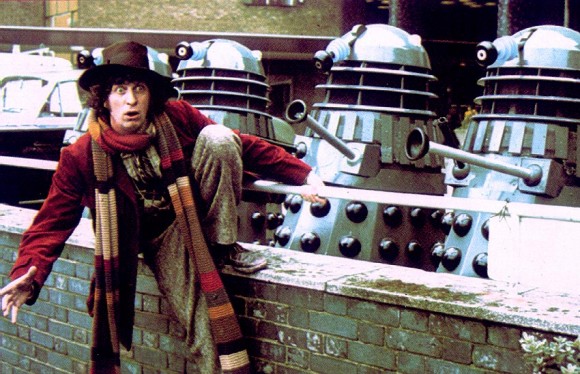 Whovians, rejoice! Maybe? According to recent reports, Tom Baker–the fourth incarnation of the Doctor–will return to Doctor Who next year for the big 50th anniversary extravaganza. On the show from 1974 to 1981, Baker is now 78 and, according to admittedly rumory rumors, se to reprise his role.

One of the reasons to doubt the rumors? Baker has apparently been pretty public in the past about the fact that he thinks Doctor Who ruined his career–although he also admitted it was the “loveliest job [he] ever had.” There’s also the event of the 20th anniversary, in 1983, where Baker refused to return, forcing producers to substitute a wax figure with him during the photocall.

Baker has not been completely closed off to returning to the series, however; he said this on the matter, after all:

I think if they ask me nicely or I can see what they want me to do, I’d consider it. I think the fans have been so good to me, they’d expect me to at least make an appearance.

And now outlet upon outlet are reporting that he will indeed be coming back to Who next season, and we’d be happy to have him back on our screens. We certainly are fans of his scarf.

A Doctor Who insider spilled some beans to the Daily Express:

It will be fitting to have Tom back to mark the 50 years. He was a big part of the show’s success and is much-loved by the fans.

As for the anniversary extravaganza episode(s?) itself, word’s still out on what exactly it will entail. There are other rumors floating around that the episode will also serve as Matt Smith’s last episode as the Doctor, so you can expect plenty of hype to surround it in general.

(via Blastr, image via Thomas-Stewart-Baker)