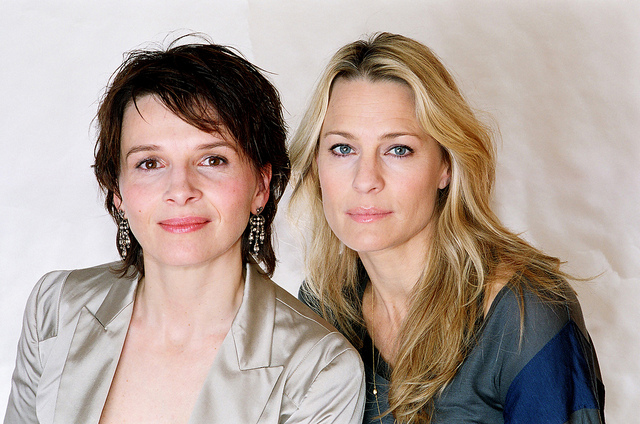 More fabulous news from women in Hollywood is coming out of the Cannes Film Festival this weekend: Robin Wright, Catherine Hardwicke, Freida Pinto and Juliette Binoche have announced that they are collaborating on a new short film project entitled Together Now, which will be produced by non-profit production company We Do It Together. The concept will consist of seven short films, each of which will be led by a female director and a prominent female actor.

Currently, there are several directors attached to the project, including Hardwicke and Wright as well as directors such as Katia Lund (All the Invisible Children), Patricia Riggen (The 33), Haifaa Al Mansour (Wadjda), Malgorzata Szumowska (Elles) and Melina Matsoukas (Beyonce’s “Formation” video). Pinto and Binoche are among the actress currently attached to each star in one of the seven short films.

And there are even more heavy-hitters attached to the We Do It Together advisory board–like Jodie Foster (who had her own words to offer on the way women are portrayed in Hollywood last week) as well as Marvel EVP Victoria Alonso and actress Leonor Varela. Wright had this to say about her involvement in the project:

I am honored to join We Do It Together as they build a platform for women to create and share stories. The amount of knowledge and ideas are endless. I am thrilled to witness this movement and watch them bring their goals into fruition.

We Do It Together is one of several female-led production companies that have made it a point to introduce more “gender-led” projects, including Jessica Chastain’s Freckle Films (Chastain also serves on the advisory board of We Do It Together) and Rose Byrne’s The Dollhouse Collective.