The Golden Girls Get the Funko Pop! Treatment | The Mary Sue

Things We Saw Today: The Golden Girls Get the Funko Pop! Treatment

Thank you for being a friend, Funko! 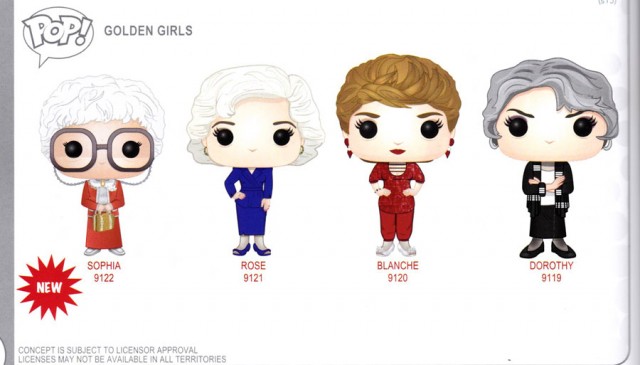 As announced at this weekend’s Toy Fair, our favorite mature ladies are getting the Funko Pop! treatment! Check out these awesome Golden Girls figures – perfect for your window sill at Shady Pines! No word yet on a release date. OMG, cute widdle Sophia! (via Robot 6)