Film Actu has three more photos (likely scanned from Empire magazine, according to Bleeding Cool) from Stephen Speilberg‘s The Adventures of Tintin: The Secret of the Unicorn, and while they maintain an incredible fidelity to the comics, we’re still left out of the loop on the other major component of the movie’s cinematography.

Motion.  As in motion capture. Which is how the movie was filmed.

As we’ve seen before, motion capture with cartoony bodies can squat firmly in the middle of the uncanny valley like an industrial plant on a suspiciously rainbow colored river.  In stills, I’m prepared to call Tintin pretty.  Really pretty.  The lighting in these shots is great, and every nod to Herge‘s original panel layouts (like this one, cribbed from The Crab with the Golden Claws!) makes me more confident. I’m excited to see that they’re actually going to cover plot from three different books, The Crab With the Golden Claws, The Secret of the Unicorn, and Red Rackham’s Treasure. 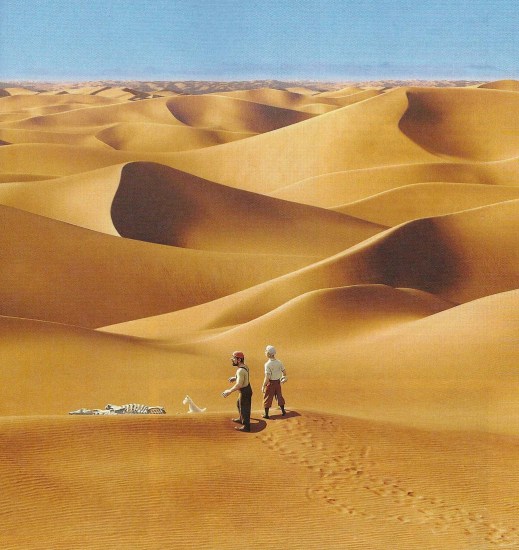 But until I see some actual footage of the movie, I won’t actually know anything about whether it’ll be watchable or not.  Show us footage, Mr. Speilberg!  We want to get excited about this!