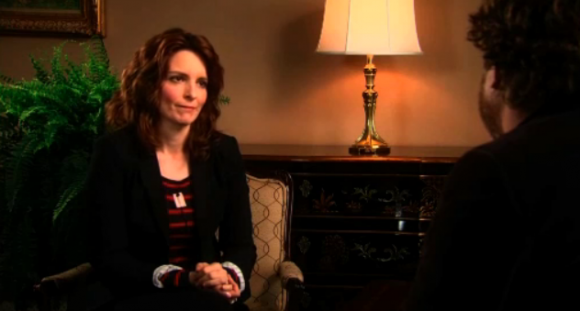 Comedy Central made the excellent decision to turn Zach Galifianakis‘ Funny or Die series, Between Two Ferns, into an extra-long and extra-awkward TV special for our viewing pleasure. The one-time special aired before the Comedy Awards this week, and one of Galifianakis’ guests was the one and only Tina Fey. They discussed her decision to have a second baby as well as women in comedy, and it was all 100 percent uncomfortable. Therefore, it was a success. After the jump, about two minutes of an interview that looks like it was a mistake.

Don’t worry, it’s normal to feel the way you’re about to feel. Don’t fight it, just accept it.

(video via The Daily Beast, story via The Jane Dough)

Previously in Women in Comedy