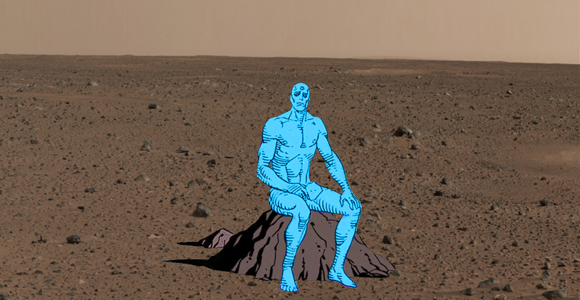 An application went out two weeks ago from a Dutch non-profit organization called Mars One. They were looking for a few people who want to go to Mars. Forever. They had 78,000 people respond.

“Just two weeks into the nineteen week application period, more than seventy-eight thousand people have applied to the Mars One astronaut selection program in the hope of becoming a Mars settler in 2023,” writes Mars One. “[We’ve] received applications from over 120 countries. Most applications come from USA (17324), followed by China (10241), United Kingdom (3581), Russia, Mexico, Brazil, Canada, Colombia, Argentina and India.”

But what will you do if you’re chosen and eventually wind up on the Red Planet? “The organization says that the daily routine on the planet would involve construction work on the colony (installing greenhouses, for example), maintenance of the settlement’s systems and research into Mars’ climate and geological history–all in an inhospitable environment with unbreathable air and an average temperature in the planet’s mid-latitudes of around -58 degrees Fahrenheit,” writes Time Magazine.

Are you interested? Here are a few things you need to know:

As part of the application every applicant is required to explain his/her motivation behind their decision go to Mars in an one minute video. Many applicants are choosing to publish this video on the Mars One website. These are openly accessible on applicants.mars-one.com.

“Applicants we have received come from a very wide range of personalities, professions and ages. This is significant because what we are looking for is not restricted to a particular background. From Round 1 we will take forward the most committed, creative, resilient and motivated applicants,” said Dr. Norbert Kraft, Mars One Chief Medical Officer.

You have until August 31st to get in your application but the process will continue through 2015 when 28-40 people will be chosen to train for seven years. Mars One expects at least half a million applicants when all is said and done.

What do you think? Want to leave Earth for good?