To Pilot A Thought-Controlled Spaceship, Two Heads Are Better Than One 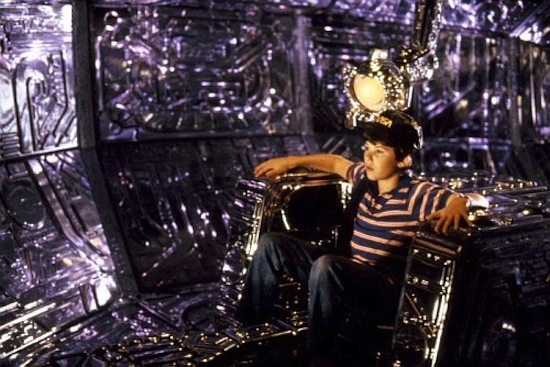 While it may disappoint many of us, it will surprise no one that steering a spaceship is complicated business. So it stands to follow that steering a spaceship using only your brain is even more complicated. A collaborative study by NASA and the University of Essex shows that the difficulties of piloting a virtual spaceship through a brain/computer interface can be eased by introducing a co-pilot — and performing what amounts to a mind-meld between both operators.

It appears that two heads — or at least two sets of brain waves — really are better than one in this case. Both sets of brain waves are read by an EEG machine. The results are merged together to form wave, which is translated into rudimentary commands for the spaceship simulator program, which doesn’t exactly hit Ender’s Game levels of complexity or anything.

Pilots are tasked with guiding their craft down to the center of a planet, which, in our opinion, isn’t even flying, really. It’s landing at best, and it’s probably crashing fairly regularly. Pilots control their ship by concentrating their thoughts on one of 8 directions on a compass — or in this case, more of a D-pad — to steer in that direction. The team found that the combined brainwaves of a pair of pilots consistently outperformed those flying solo, as averaging together a pair of concentrated thoughts helps to cancel out some of the background noise — like heartbeats and other involuntary muscle movements — that can create distortion in a single EEG reading.

Researchers also found that using two sets of brain waves instead of one helps to compensate for lapses in attention — if one pilot’s thoughts drift to something that is not controlling a spaceship with their brain, the second pilot can make up for the lack of focus. While we find it a little hard to believe that there are other things you could think about if you’re already controlling a spaceship with your brain, apparently it’s an issue. Like any good problem, though, it’s nothing you can’t overcome with a little help from your friends.

(via Kurzweil AI, image courtesy of University of Essex)