Dialing Your Cellphone With Your Thoughts Alone 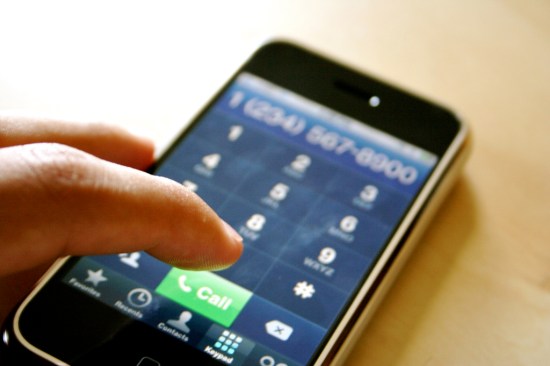 Researchers from the University of California in San Diego have developed a Bluetooth device that allows the wearer to dial a ten-digit number using their thoughts alone. Their experimental device was the subject of a recent study, published in the Journal of Neural Engineering.

In their study, volunteers wore special electrode-laden headgear and were shown a screen with the numbers zero through nine, similar to a phone’s touch-tone dialing pad. The difference was that each number flashed at a slightly different speed. By concentrating on the number they wished to dial, the device detected the speed of the flashing number by observing the user’s brain activity. It’s a bit tedious, but the researchers found users could control the system with 70-85% accuracy.

Though this may seem like an awful lot to go through to simply dial a phone number, the study’s primary goal was to demonstrate that brain computer interface technology can work with the same everyday technology millions of people use. In their abstract, the researchers acknowledge that bringing these kind of cutting-edge interfaces to a broader audience is a huge challenge, but wanted to show that these can be overcome. They write:

To the best of our knowledge, this study is the first to demonstrate a truly portable, cost-effective and miniature cell-phone-based platform for online [brain computer interfaces].

This won’t be the hot new iPhone peripheral anytime soon, and you won’t be tweeting your thoughts for quite a long while, but scientists are already showing that these kinds of innovations aren’t really that far off.

(Journal of Neural Engineering via Mashable, image via Pieter Ouwerkerk)