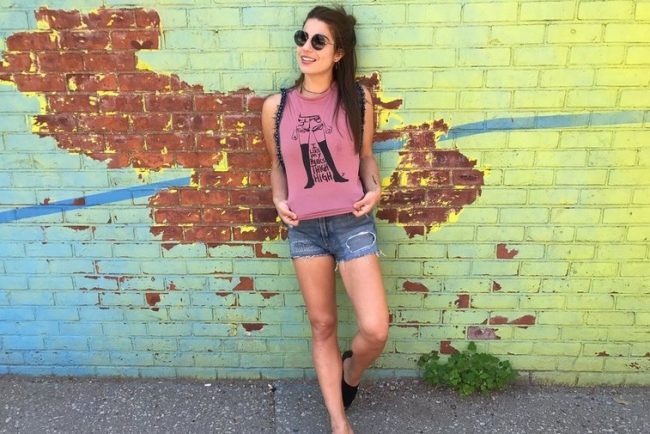 Lauren Duca is one of the better-known writers on the Internet these days, and as such, she’s subject to massive garbage piles of harassment produced by garbage people. And Duca has had enough.

In a great piece for her weekly column, Thigh High Politics, titled “We Need to Talk About Online Harassment,” Duca relates her own story of receiving relentless harassment and explains why she’s decided to speak up:

The public forum is increasingly being conducted online, and it’s about time we acknowledge that social media is a place where women are systematically silenced.

While harassment seems to be a drive-by pleasurable exercise for the harassers, the real ramifications of their actions are multifold. “Here’s a thought that haunts me,” Duca writes. “What about all of the young women who won’t become writers because of a fraction of what I’ve seen in my inbox this morning? I’m proud of being absurdly resilient, but I shouldn’t have to be.”

No, she shouldn’t, and casual, pervasive, incredibly cruel harassment isn’t something any of us should have to experience simply for existing as vocal citizens of the Internet. Read all the way to the end, where Duca helpfully provides a plan of action—things you can do right now to push back at our toxic culture. (And don’t forget about the t-shirt Duca designed, whose proceeds go to Planned Parenthood.) (via Teen Vogue)