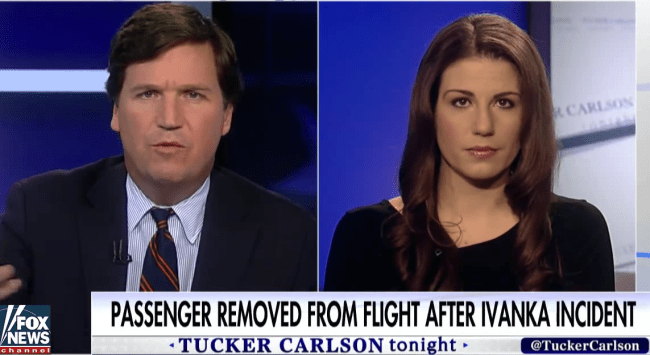 Late last year, journalist Lauren Duca went on Fox News to talk to Tucker Carlson, who thought it would be a fine move to belittle Duca’s position as a writer for Teen Vogue. Because in his eyes, as with so many others, the things that many girls and young women like are seen as frivolous, and therefore preclude them from being capable of “serious” thoughts. Duca now famously responded by telling Tucker, “A woman can love Ariana Grande and her thigh-high boots and still discuss politics, and those things are not mutually exclusive.”

She went on to tell the horrible little man, “Now that you bring up Teen Vogue, we treat young women like they don’t have a right to a political conversation, and like you can’t enjoy Kylie Jenner’s Instagram and worry about the future of this country, and those things are not mutually exclusive. So you know what? I did write about Ariana Grande and I did write about the abusive, bigoted, deceptive President of the United States.”

The anthropomorphized mildew clod responded, “Maybe you should stick to the thigh-high boots. You’re better at that.”

Since then, Duca has leaned into the smug insult, most notably with her fantastic weekly column, “Thigh-High Politics,” where she discusses Trump, climate change and all the sorts of things Tucker Carlson can’t understand existing on a site that also covers YouTube stars and fashion trends.

Now, Duca and The Outrage have partnered to once again illustrate how politics and fashion are in no way mutually exclusive with this awesome shirt, which bears the slogan “I like my politics thigh-high” in between–yup–a pair of kickass thigh-high boots. 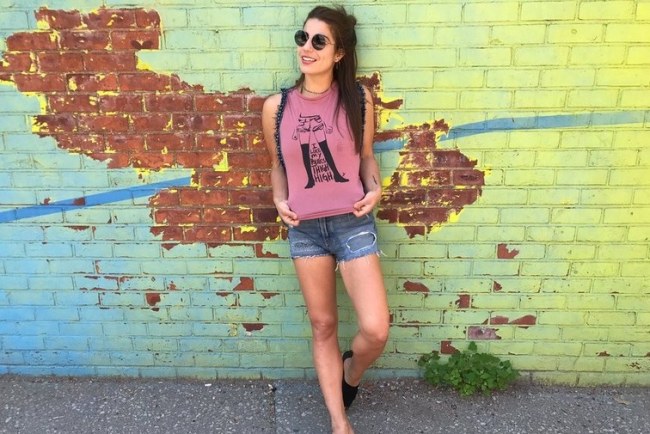 Even better, all profits from the shirt (or tote bag!) go to Planned Parenthood.

Even better than that–the proceeds are being donated in Tucker Carlson’s name. So far the design has raised $10,000. Thanks a bunch, Tucker!