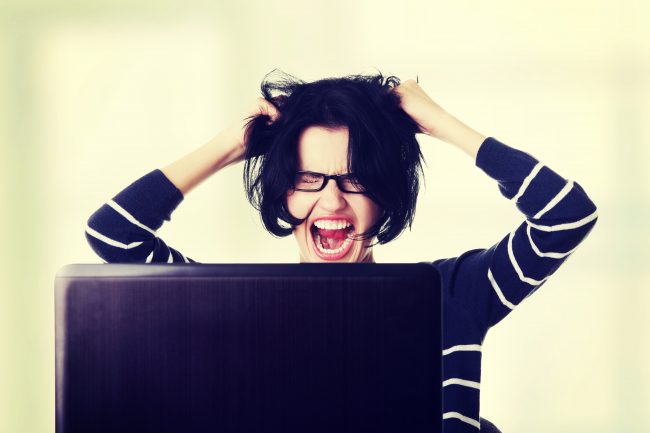 A Google engineer’s “manifesto”—shared internally—went viral within the company and kicked the Internet into a frenzy. Now, measured and brilliant pushbacks are pouring in, and this one is my favorite.

If you mercifully missed the memo madness yesterday, here’s a quick catch-up. Gizmodo obtained the entire manifesto, which you can read if you’re in the mood to have a sour taste in your mouth. As Gizmodo reports,

In the memo, which is the personal opinion of a male Google employee and is titled “Google’s Ideological Echo Chamber,” the author argues that women are underrepresented in tech not because they face bias and discrimination in the workplace, but because of inherent psychological differences between men and women.

Reacting to the feedback he’s received, the engineer writes, “I value diversity and inclusion, am not denying that sexism exists, and don’t endorse using stereotypes,” which is akin to starting an argument with “I’m not racist, but …” Having to include qualifiers that you are not, in fact, against a thing in response to your dangerously misguided memo about the thing is probably be your first clue that you shouldn’t have written and shared it.

The author goes on to argue that men and women are biologically and psychologically different and as such their societal roles are not socially constructed, but, you know, all about inherent human nature. I don’t want to give this dude any more space than he’s already received, so I’m only going to publish the part of this that made me laugh out loud for your viewing pleasure:

Women, on average, have more:

We need to stop assuming that gender gaps imply sexism.

We always ask why we don’t see women in top leadership positions, but we never ask why we see so many men in these jobs. These positions often require long, stressful hours that may not be worth it if you want a balanced and fulfilling life.

We never ask why we see so many men in top jobs and positions of power? WE nEVER asK??? Sorry, I need to go get a glass of water because I’m choking on my own escalating laughter.

Because even copy/pasting this here has caused a red rage t0 descend across my vision—maybe it’s that natural neuroticism I am subject to as a woman—I’m going to turn over the response to this to someone highly skilled in the engineering world. I am not an engineer, and while I have been a female working in technology, the specifics of what’s happening here are best refuted by a person who has worked the job for decades. And I think it’s important that experienced men give a helping hand in the pushback on this crap.

To men in tech: keep speaking up. Do it where women can see you. Make it so your support takes up more space than the bullshit.

In a post on Medium, former Google “Distinguished Engineer”—that was his badass job title—and the company’s 14-year Chief Architect for Social, Yonatan Zunger, wrote an incredible rebuttal. Zunger recently left Google, and says that as such he feels free to express his opinion that would have once been limited to internal conversation. It’s very much worth reading the whole thing in full, but here are some highlights:

[…] People who haven’t done engineering, or people who have done just the basics, sometimes think that what engineering looks like is sitting at your computer and hyper-optimizing an inner loop, or cleaning up a class API. We’ve all done this kind of thing, and for many of us (including me) it’s tremendous fun. And when you’re at the novice stages of engineering, this is the large bulk of your work: something straightforward and bounded which can be done right or wrong, and where you can hone your basic skills.

But it’s not a coincidence that job titles at Google switch from numbers to words at a certain point. That’s precisely the point at which you have, in a way, completed your first apprenticeship: you can operate independently without close supervision. And this is the point where you start doing real engineering.

[…] And once you’ve understood the system, and worked out what has to be built, do you retreat to a cave and start writing code? If you’re a hobbyist, yes. If you’re a professional, especially one working on systems that can use terms like “planet-scale” and “carrier-class” without the slightest exaggeration, then you’ll quickly find that the large bulk of your job is about coordinating and cooperating with other groups.

[…] Essentially, engineering is all about cooperation, collaboration, and empathy for both your colleagues and your customers. If someone told you that engineering was a field where you could get away with not dealing with people or feelings, then I’m very sorry to tell you that you have been lied to.

[…] All of these traits which the manifesto described as “female” are the core traits which make someone successful at engineering. Anyone can learn how to write code; hell, by the time someone reaches L7 or so, it’s expected that they have an essentially complete mastery of technique. The truly hard parts about this job are knowing which code to write, building the clear plan of what has to be done in order to achieve which goal, and building the consensus required to make that happen.

[…] All of which is why the conclusions of this manifesto are precisely backwards. It’s true that women are socialized to be better at paying attention to people’s emotional needs and so on — this is something that makes them better engineers, not worse ones. It’s a skillset that I did not start out with, and have had to learn through years upon years of grueling work.

[…] I’m going to be even blunter than usual here, because I’m not subject to the usual maze of HR laws right now, and so I can say openly what I would normally only be allowed to say in very restricted fora. And this is addressed specifically to the author of this manifesto.

What you just did was incredibly stupid and harmful. You just put out a manifesto inside the company arguing that some large fraction of your colleagues are at root not good enough to do their jobs, and that they’re only being kept in their jobs because of some political ideas. And worse than simply thinking these things or saying them in private, you’ve said them in a way that’s tried to legitimize this kind of thing across the company, causing other people to get up and say “wait, is that right?”

[…] You talked about a need for discussion about ideas; you need to learn the difference between “I think we should adopt Go as our primary language” and “I think one-third of my colleagues are either biologically unsuited to do their jobs, or if not are exceptions and should be suspected of such until they can prove otherwise to each and every person’s satisfaction.” Not all ideas are the same, and not all conversations about ideas even have basic legitimacy.

[…] I want to make it very clear: if you were in my reporting chain, all of part (3) would have been replaced with a short “this is not acceptable” and maybe that last paragraph above. You would have heard part (3) in a much smaller meeting, including you, me, your manager, your HRBP, and someone from legal. And it would have ended with you being escorted from the building by security and told that your personal items will be mailed to you.

I was pretty much screaming joyfully throughout my entire read of Zunger’s piece, which explodes many engineers’ concepts of what the job demands in a delicious word bomb. I’ve worked in tech companies where the upper management—either consciously or unconsciously—seem to live by similar ideas as the original manifesto’s author. And in a previous role at a startup incubator, I hosted “women in tech” meetups where the frustration at how many careers have been held back and thwarted by these ingrained notions was palpable every. single. time. These were incredibly competent, skilled and accomplished women who constantly ran into sexist roadblocks that never would have held back their male colleagues. Often, they watched their male colleagues speed past them on the career ladder.

Women face sexist ideology every day, and in many, many fields beyond technology. And yes, such ideology is socially constructed, and yes, we need to fight it tooth and nail in order to obtain a better and more equal society. How many times during the last Presidential election was Hillary Clinton’s appearance and “stamina” highly criticized, and how many comments suggested that a women’s “natural” propensity towards neuroticism and inability to handle stress would make Clinton unfit for the Presidency? Would she be too emotional to handle global conflict?

The irony of these sexist critiques and assumptions is that it led to the election of an irrational man who proudly knows nothing about how to govern, erupts into fits of screaming rage in the Oval Office, is subject to a new scandal every day, and has such a low work ethic that he’s already spent 53 days at leisure in six months of serving. Now just imagine that every white man going forward was judged for competency by the standards that Donald Trump and his ilk have set, and you’ll see the glaring failure of making blanket assumptions about any particular group.

At the least, this whole memo trainwreck has started a lively, crucial conversation amongst the women and men in technology, and given birth to my new favorite word, manifestbro:

I stole “manifestbro” from @GlennF — it’s perfect shorthand for that dumpsterfire we’ve been calling the “Google anti-diversity manifesto.”