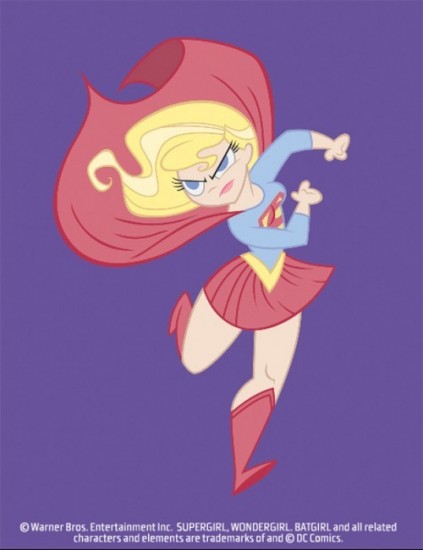 Lauren Faust (My Little Pony: Friendship Is Magic) has shared some art from her upcoming short for DC Nation, Super Best Friends Forever, on Bleeding Cool. We dare you to not become adorably excited about this. (via DC Women Kicking Ass)

If you have ever wondered what the characters from Pokémon would look like if they’d been designed for Golden Books, Becky Dreisdadt — who did cover art for the Adventure Time comic — and Frank Gibson have provided a glimpse, currently being displayed on their site Capture Creatures. In short, they would be adorable. Here is the Jumpalope. (via io9) 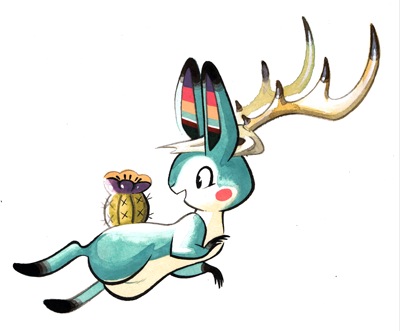 This stained glass artwork by Marissa Garner makes the X-Men look like downright Judeo-Christian-Greco-Roman, no? (via Popped Culture) 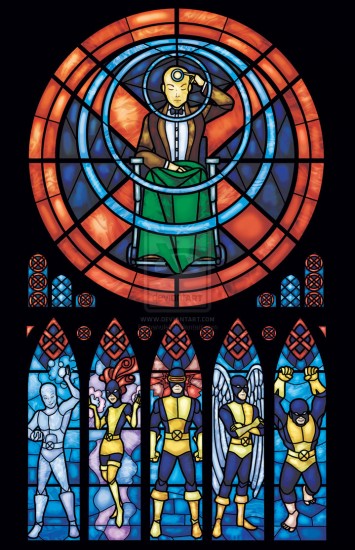 Flamingo Air, a private airline based in Cincinnati, Ohio — very private — is offering consumers a $425 package targeted toward those specifically looking to become a member of the mile-high club. Besides the proper accommodations for a 60-minute flight filled with sexy time, the package includes champagne, chocolate, and a “discreet pilot.” Wait, wait — here’s a look at where you’d be having this sex: 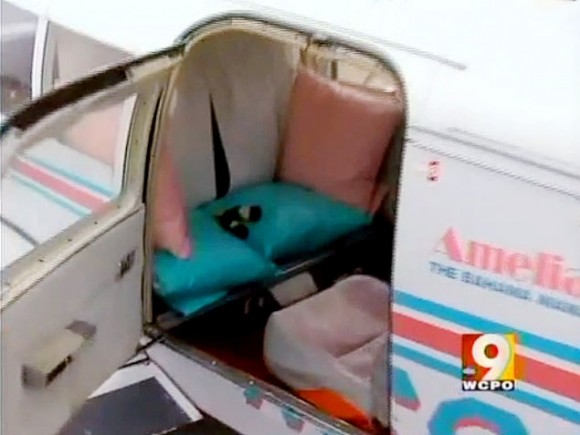 Oh. It’s a cubby. You’ll be having sex in a cubby. But hey, maybe cubbies are your thing. (via Jezebel)

And finally, it has been brought to my attention that props have been created. For what? For The Venture Bros. Um, there is no reason for this, because as far as I know, there is no live-action movie planned. But I can think of one reason they were created: joy and happiness. And also: Dragon*Con. (via John McDonald on Facebook) 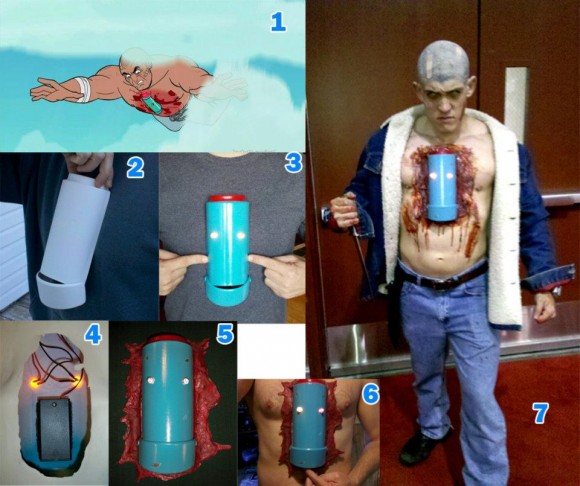