Chaps and booty shorts ahead. You've been warned.

Listen, we all saw this coming. When Lip Sync Battle was announced, it was obvious to all of us that Stephen Merchant was going to become a regular fixture. Not only that, but we all knew that he was going to be a hilarious fixture. Like those crazy things on the walls at Chili’s. Woo! An alligator with sunglasses. Ha. Check out the other battle from the same episode with Malin Åkerman singing Pour Some Sugar On Me. (via The Daily Dot)

WHAT? #GameOfThrones Not loving these huge divergences. Read the books if you want to know the story the way the author intended it. 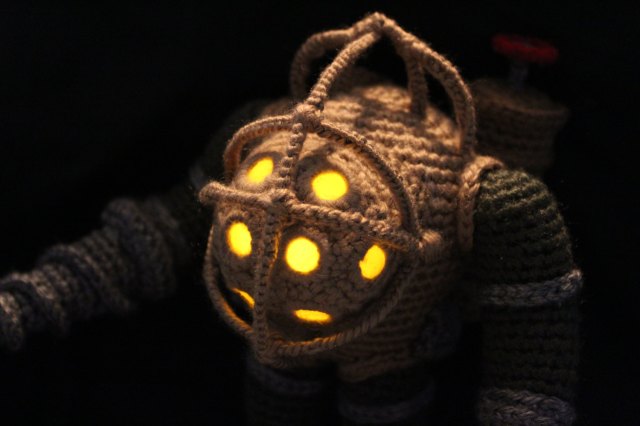 Over on Etsy, Nichole’s Nerdy Knots has a super adorable probably-won’t-kill-you-but-let’s-face-it-yeah-it-will crocheted Big Daddy from Bioshock. It even has glowy LED lights! You want this lil dude in your bathysphere. (via Laughing Squid)

Also, you are now officially reminded tomorrow is Mother’s Day. Now you’ve got no excuse. Shouts to those awesome moms out there.

Yup. That’s a lot of things. But you probably saw even more. What’d you see today?