No Indomitus Rex here. I checked. I think... maybe? 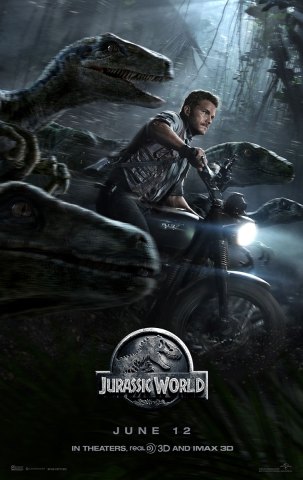 It really threw a lot of people for a loop when the first Jurassic World trailer showed Chris Pratt as Owen Grady riding his motorcycle with a bunch of raptors. When you think about it, and when you check out this rad new poster that the studio released today, it all just seems… right.

Furious 7 won us over, and this mashup trailer is doing the same. IGN has created an incredibly fun mashup trailer. It’s the hilarious collision of two worlds. One world is completely cartoonish, over-the-top, ridiculous, and mostly made of CGI, and the other is Cars. (via The Daily Dot)