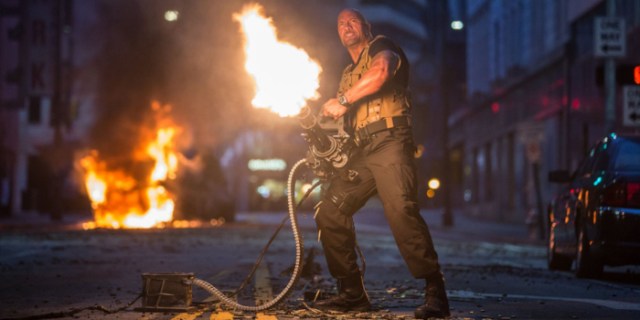 If you were to tell me that I would love a movie where the most frequently recurring shots are of Jason Statham looking bored and the part of a lady’s bottom where her legs meet her butt, I wouldn’t believe you. But there’s way more to the Fast and the Furious franchise (and Furious 7 in particular) than meets the furious eye.

Sure, cars fall casually from the sky, everything is on fire always, and the soundtrack boasts a song called “Whip” dedicated to a car, but Furious 7, more so even than its Furious Forefathers, is about people who love each other unselfconsciously (and the way they express said love with their cars).

That’s already an abnormally sincere message for a series that’s mostly just explosions and Vin Diesel deadpanning (“the thing about a street fight is… the street always wins”), but the death of Paul Walker has given the franchise’s “ride together, die together” theme a genuinely touching weight.

It’s a testimony to the Furious movies’ sincerity that even the scenes Walker shot before he passed away in a car accident in 2013 seem elegiac. The entire movie feels like a goodbye, but not one that’s designed to manipulate; I cried a lot, but largely because watching his movies made me feel like I “knew” Walker, and the intense media scrutiny of the cast following his passing has allowed me to feel like I know them, too.

It’s hard to watch scenes with Walker knowing their little family is headed for real-life loss, and harder still to watch them cope with the fall-out, but Furious 7 grieves furiously: this goodbye is full of punching, gyrating, and “Turn Down for What,” and it feels incredibly fitting.

Although it’s hard to imagine what a Furious 8 would be like without Walker, Furious 7 has definitely added some elements to the franchise I’d be excited to see developed further; Nathalie Emmanuel is great as the Furious universe’s version of a hacker, and I’m really beginning to dig the direction Michelle Rodriguez’s character Letty is taking.

I wouldn’t call Furious 7 feminist (except for alliterative purposes), there are just too many butts for that, but I do love how the film’s main female characters are strong, competent ladies who are respected by their partners and community. 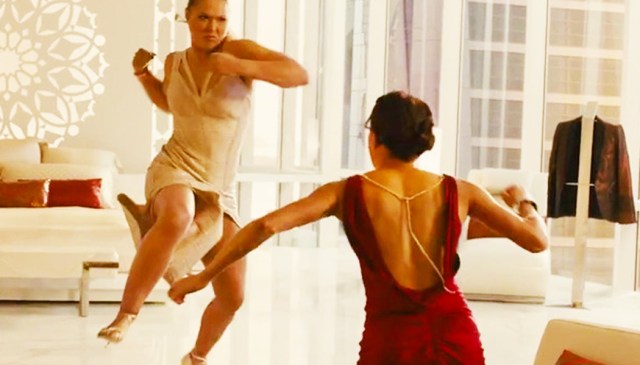 And I haven’t even gotten to The Rock’s role in this movie yet, friends. As Vin gargles at one point in the film, “the words haven’t even been invented yet.”