Things We Saw Today: Thor In A Plastic Bag 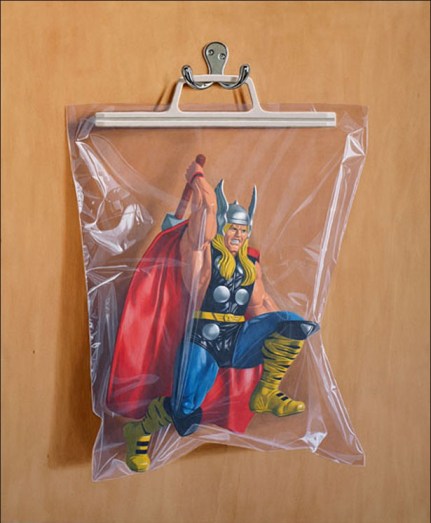 U.K. artist Simon Monk is taking a look at the power of iconic male superheroes through his series of paintings titled “Secret Identity.” He writes, “Superheroes are icons of male power and potency whose comic book and film adventures see them engaged in epic battles across the universe, yet these mythic figures have another life as consumer objects to be found in commercial and domestic contexts. Placed in carrier bags and hung on a hook in a domestic space they become recently purchased objects, robbed of the enormous power they wield in their narratives, their dynamic energy stymied. Despite this reduction they remain irresistible in their cartoonish rage and pride.” He’s right. Thor looks awesome in a plastic bag. (via Robot 6)

What else did we see around the net today? 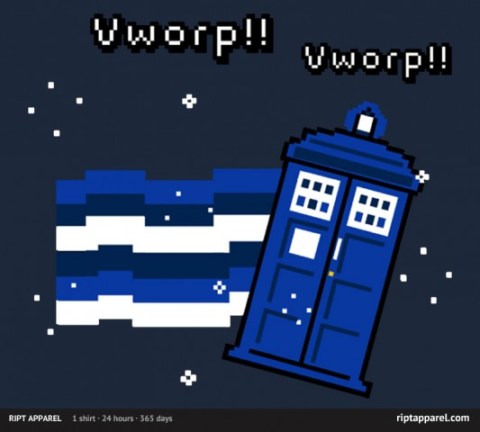 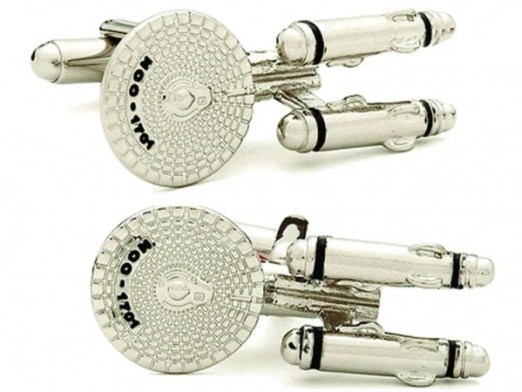 These Star Trek cufflinks make me wish I had a reason to wear cufflinks. (via Fashionably Geek)