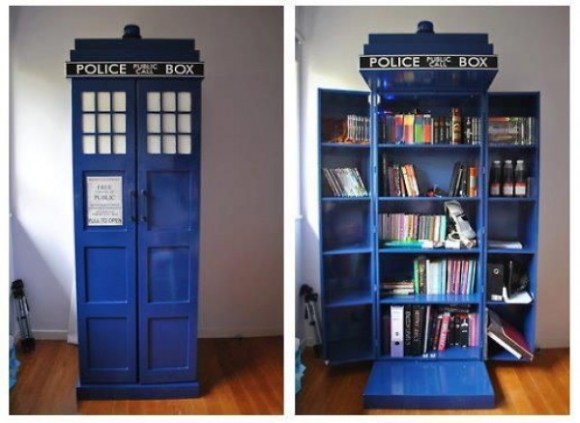 This TARDIS bookcase plays the Doctor Who theme song when you open the doors. I think I’m in love. Tumblr user bowtiesandginghamshirts has even posted a tutorial on how to make your very own. (via Nerd Approved)

Via The Frisky, Dan Stevens is, as was rumored, leaving Downton Abbey.

A few days ago we reported that the lead for Guardians of the Galaxy was down to Zachary Levi and Jim Sturgess. Director James Gun has since said that that bit of casting news “was/is completely inaccurate. Just for the record.” Variety! I’ll never trust you again! (via blastr) 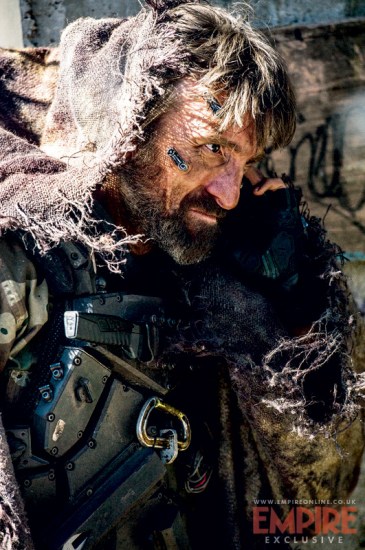 The first picture of Sharlto Copley from the sci-fi epic Elysium, director Neill Blomkamp‘s follow-up to District 9. (via Bleeding Cool)

And with this Sir Patrick Stewart quote my lingering doubts that his and Sir Ian McKellen‘s casting in X-Men: Days of Future Past will ever be official are put to rest:  “I’m very happy that my lovely friend Ian McKellen is going to be with me. I don’t know anyone else who is to be involved in the project. Maybe it’s just the two of us! That would be a movie! Magneto and Xavier’s conversations…. I’m not being cute. That’s all I know. Maybe once the holidays are over, more information will begin to come through… I’m greatly looking forward to it.” (via /Film)