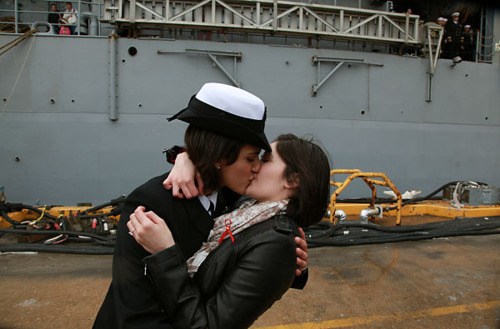 Is this a sight for sore eyes or what? What you’re looking at is a lesbian couple sharing the traditional homecoming kiss for the first time in Navy history. Hit the jump for more on this story plus a video interview with the couple and the rest of what we saw today!

Through a raffle held onboard, Petty Officer 2nd Class Marissa Gaeta won the right to be the first off the ship when Oak Hill docked in Virginia Beach after several months at sea,” writes The Daily What. “23-year-old Gaeta was greeted by her girlfriend of two years, Petty Officer 3rd Class Citlalic Snell, 22, and the two locked lips while the crowd gathered around them cheered.” And here’s the video… 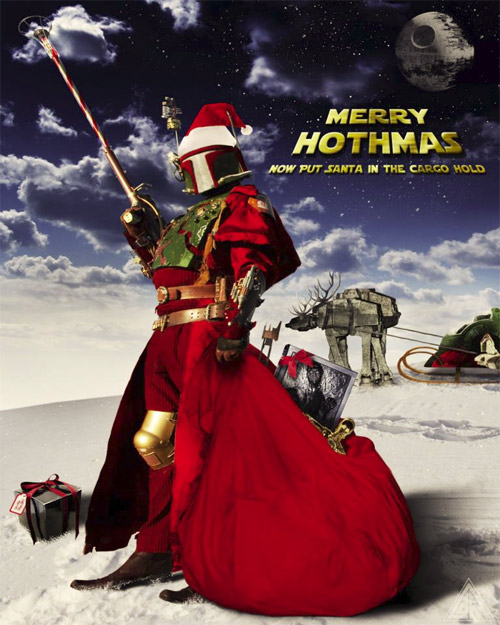 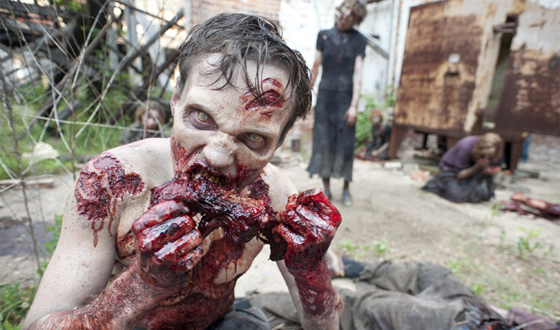 AMC asked fans to choose their favorite zombie from season 2 of The Walking Dead and this hungry fella is who they chose. The bloated well walker took second place. 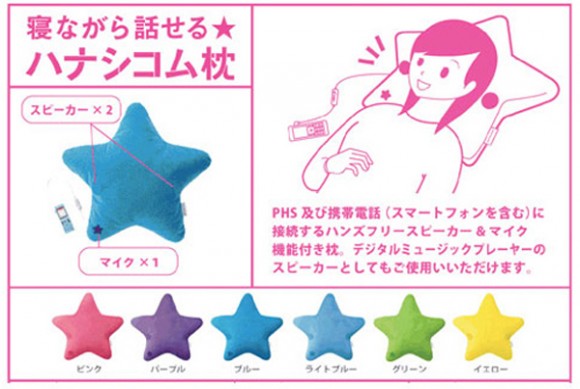 This is a pillow from Japan. It has speakers inside so you can hook it up to your cell phone and talk while in bed. Perfect for tweens and the naughty adult crowd. (via Topless Robot)